Where was your first holiday abroad?

Do you remember your first holiday abroad? Perhaps it was only last week, or maybe you were just a tiny tot when you went overseas for the very first time.

We wanted to find out which destinations were the most popular choices amongst those adults in the UK going abroad on holiday for the first time. We polled 1,877 people aged 18 and over, all of whom had been on their first holiday abroad in the last 12 months. 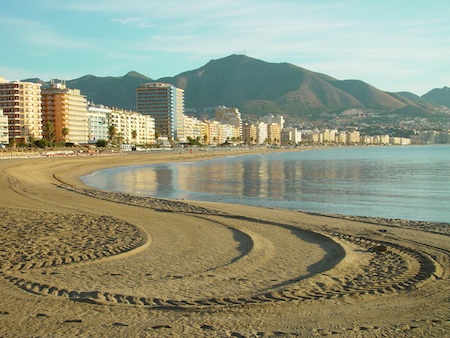 When we asked why they had never been on holiday abroad as a child, 45% of the people we spoke to admitted it was due to their family not being able to afford a trip overseas, whilst 28% said they had always been taken on UK-based holidays instead, such as to coastal resorts.

11% said that the reason they hadn't been on a holiday abroad as a child was because the opportunity had never come up, whilst 3% said it was due to a fear of flying (either for them or a family member). It's a shame that a fear of flying would stop people from heading abroad. There are plenty of no-fly cruises or ferries that can get you from A to B.

When we asked where they had been on holiday abroad for their very first trip overseas, the top 10 most popular resorts and destinations were as follows:

When we asked if their first holiday abroad lived up to their expectations of a trip overseas, 77% said 'yes - it was better than expected'. Asked what they had most enjoyed about the trip abroad, 65% said it was the 'weather', whilst 22% said it was the 'relaxation' of the break.

Nobody can ever forget their first holiday abroad if they are old enough to recall it. There is so much to be excited about, from the first experience of aeroplane travel to knowing that you have a week or two ahead for pure relaxation and fun. Leaving work or stresses behind and heading away on holiday is one of the best feelings.

Holidaymakers who are heading abroad for the first time clearly favour destinations a little closer to home, which is understandable. If you have a phobia of flying, pick a destination that's only a couple of hours away or opt for a cruise so that you can leave straight from the UK's shores.
Trustpilot
ATOL Protected
£1 Hotel deposits
£30pp Holiday deposits