Rhodes or Rodos, is an island in the Aegean Sea. It is located at the south-eastern edge of the archipelagos of the Dodecanese. The landscape is mainly hills and low mountains, which are mainly covered in forests with a subtropical climate.

There is a lot more to Rhodes than clear blue seas and soft sandy bays, there is a wide selection of bars and restaurants, plenty of nightclubs and casinos and a great range of outdoor activities to suite all. A lot of the resorts are quieter and more traditional but all are just as enjoyable. 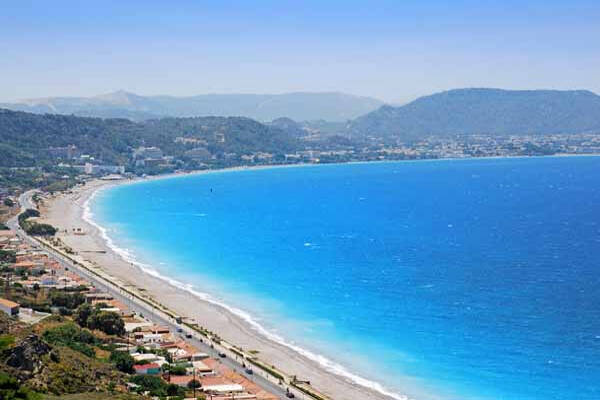 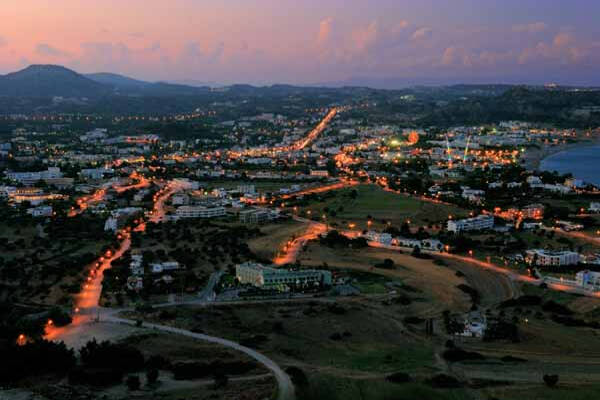 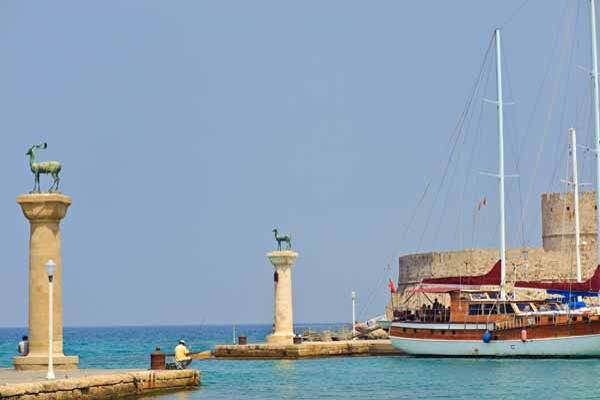 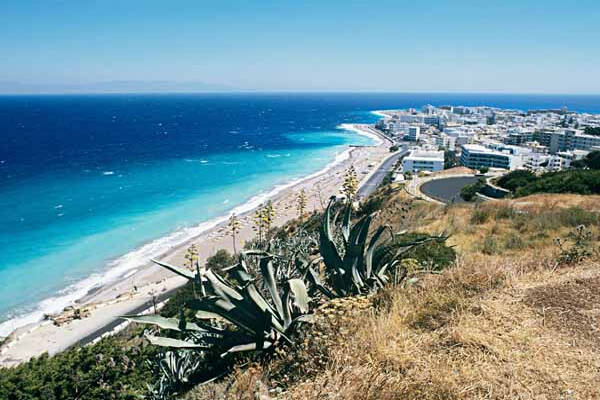 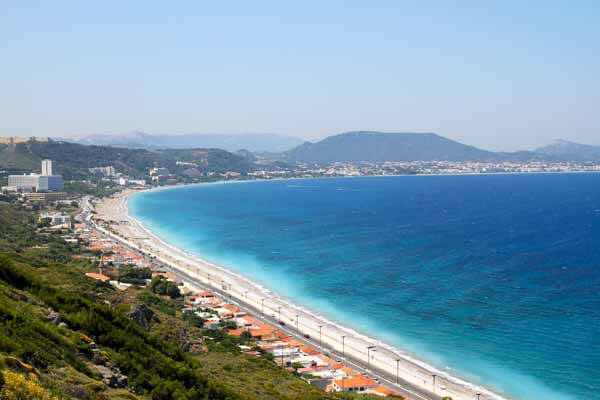 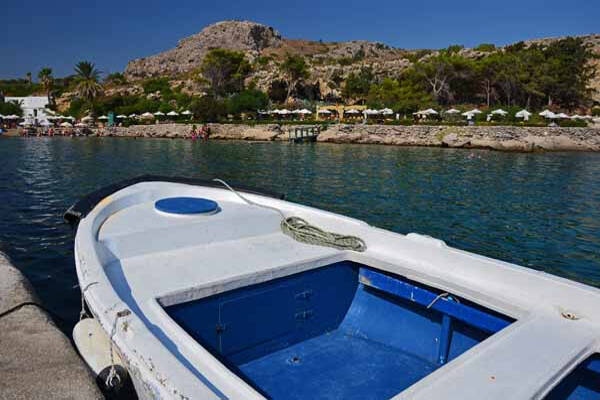 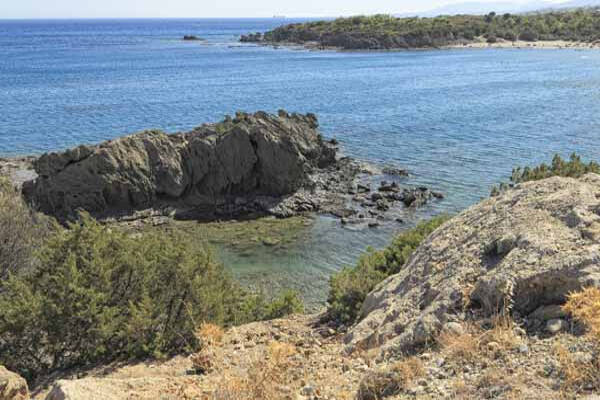 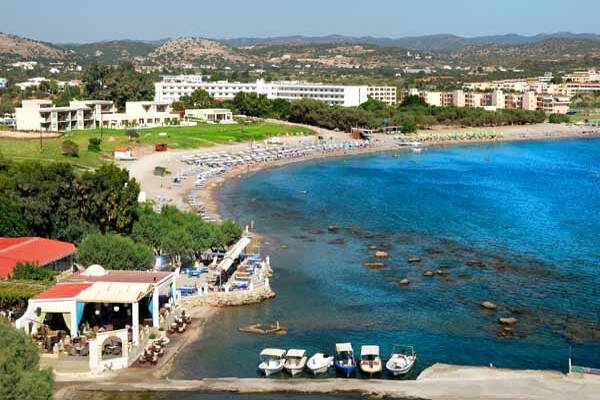 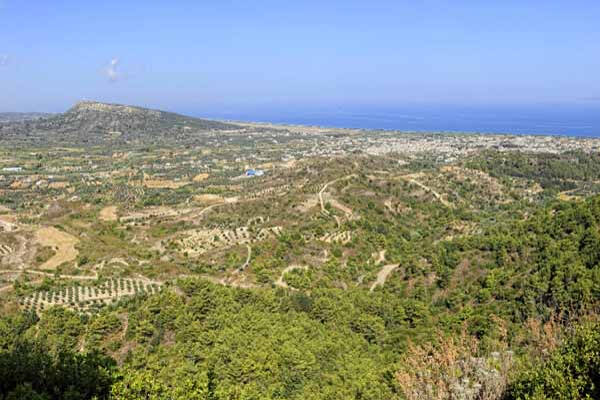 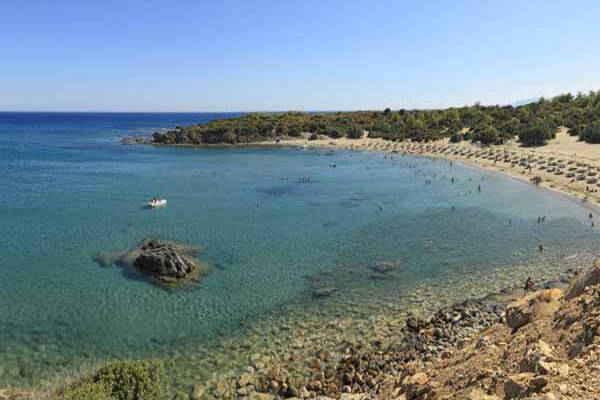 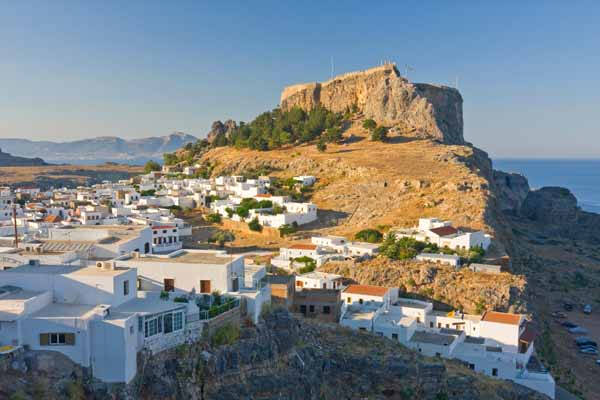 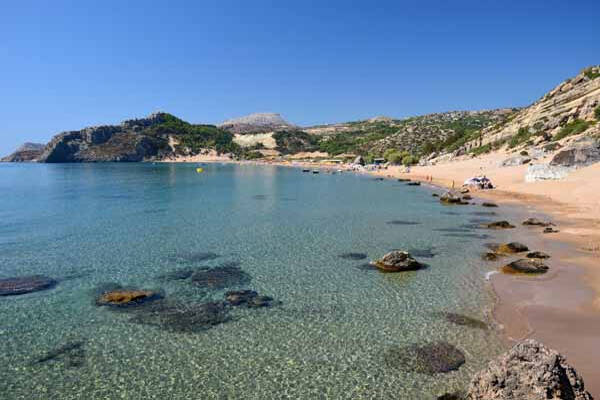 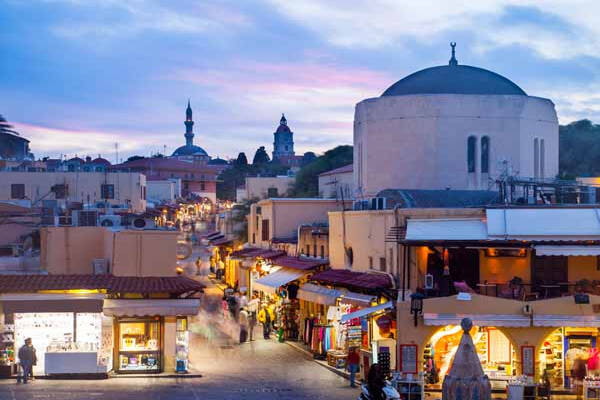 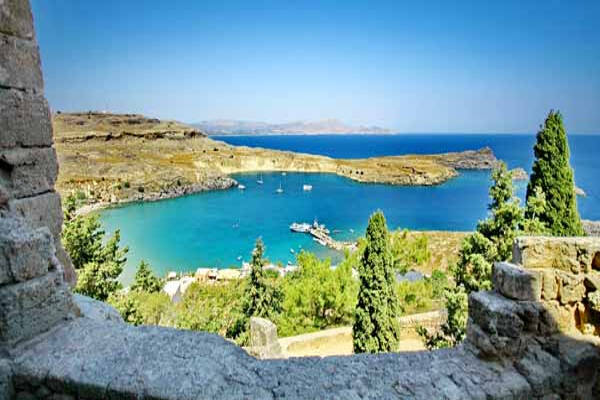 Rhodes has a warm climate, with summer weather arriving as early as April and not cooling down until November.

The average high temperature peaks at 88ºF (31ºC) in July and August, with very little chance of rain.

Rhodes has the best sunshine record of all of the Med Islands but there is far more on offer than cloudless skies and clear blue seas, there is great shopping, romantic temple ruins and a fabulous Old Town that is bursting with atmosphere.

Once home to one of the Seven Wonders of the Ancient World, a huge statue known as the Colossus of Rhodes, these days most famous for its Old Town, a warren of cobbled squares, alleys, palaces, churches and mosques. The Old Town is surrounded by strong, imposing walls and a magnificent fortress that was built in the 14th century and is among the largest and most well preserved medieval settlements in Europe. There are so many museums and galleries to visit and plenty of cafes and restaurants when you need to re-energise.

The New Town has it's fair share of attractions, from Mandraki Harbour to the underground aquarium. The New Town does tend to come alive after dark with many bars, discos, nightclubs and casinos.

Lindos is the most impressive of the medieval villages outside the capital and is home to the ruins of the ancient Acropolis, the amphitheatre and Kleoboulou's tomb. With it's cobbled, winding streets and stunning bay, Lindos is certainly the most picturesque resort in Rhodes.

If you are wanting to escape the busy town or the hot, sticky beaches for the day, why not take a trip to the Valley of the Butterflies, a lush green forest haven with a river running through it which is home to thousands of Jersey Tiger Moths. Due to it's natural beauty, the valley can become very busy so it is advisable to get there early.

The perfect day out on a really hot day is a trip to the Epta Piges (Seven Springs) which is situated near the village of Kolymbia. The seven springs converge into a beautiful green lake which is surrounded by pine trees. There is a wealth of nature with rare flowers, huge dragonflies and wild peacocks, the Epta Piges really is quite a place.

There are more animals to be found at the Rhodes Ostrich Farm and Park which is certainly a day with a difference. What could be better than strolling through the countryside and spotting countless rare birds and animals. You could enjoy a camel ride or try an ostrich egg omelette, two things you certainly wouldn't do on a normal day out!

So whatever you like to do on holiday, there is lots of fun to be had in Rhodes.

Dining in Rhodes is ideal for all taste buds. The island serves mainly International cuisine as well as Mediterranean cuisine. Most dishes are made with locally organically grown fruits, vegetables, meats and fish. The quality of food you try will depend on where you eat it. To get the best foods in the area you need to travel into the more residential areas where there are local tavernas offering fresh foods. The more touristy areas have a good range of restaurants and tavernas as well as fast food outlets.

If you want to eat like a traditional Greek then the way forward is to have mezes. These are made up of a variety of small starter like dishes and dips including taramasalata and tzatziki, all set in the middle of the table for everyone to enjoy. Saganaki cheese is a very popular dish to have in a meze along with Greek salad, Dolmades and Soutzoukakia.

Best Time to Visit: May to October

Here's a list of our top accommodations in Rhodes, ranked by our customer ratings and reviews.

Kalithea
Staff at the family run Stavros Melathron Apartments do everything they can to ensure guests have an enjoyable and relaxing stay.... 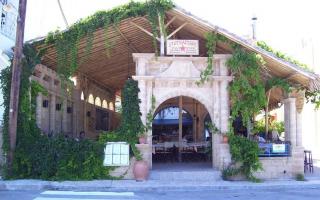 Faliraki
This family run complex is ideal for those looking for a quiet spot close to the resort centre.... 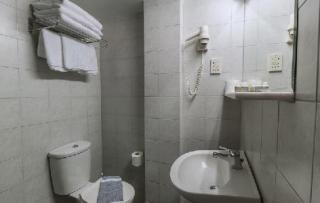 Rhodes Town
This budget hotel offers a convenient location close to the harbour, bus station and the old town.... 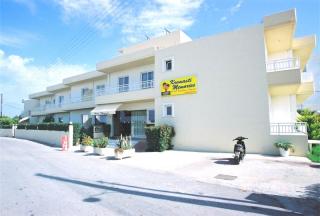 Kremasti
Well suited to those on al budget, these simple apartments are situated in a quiet residential area, just 300m from the beach and 500m from the centre of Kremasti.... 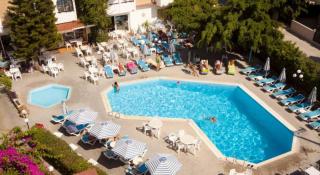 Ialissos
These apartments will appeal to anyone looking for flexible accommodation combined with a location close to the resort centre and the beach; perfect for a relaxing holiday.... 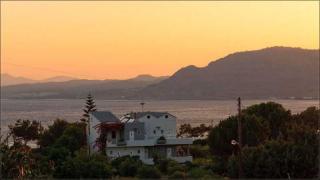 Pefkos
George Studios is a simple and friendly complex, ideal for those on a budget.... 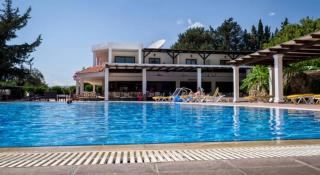 Pefkos
Pefkos Village Resort has recently been renovated in a traditional Greek style, situated on the outskirts of the resort is the ideal place for a relaxing stay, perfect for families and couples.... 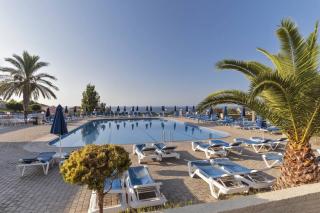 Kiotari
Princess Sun Hotel is a friendly all inclusive hotel with accommodation to suit families and couples. There are swimming pools on-site for adults and children....

Kolymbia
The Loutanis Hotel is ideal for families and couples looking for a relaxing holiday, just a short walk from the beach and resort centre....

Based on 507 reviews
More Info