Heading out of the main hub of Paphos, and on the way to Coral Bay, is the village of Chloraka. Close to the seafront where there is a small sandy beach, the village is in a hilly location and features a good selection of tavernas and restaurants.

Chloraka has two sides; the upper part is where most of the amenities are, such as shops, banks, restaurants and tavernas, while the lower part next to the sea is more residential with a number of villa and apartment complexes, several large resort hotels and a popular wedding venue, the pretty St George Chapel.

Well placed for enjoying all the sites and amenities of both Paphos and Coral Bay, when staying at Chloraka you're just a short drive from a number of historical sites, Aphrodite's Rock, the beautiful Coral Bay beach, Adonis Waterfall, Polis Chrisochous and the Troodos Mountains. 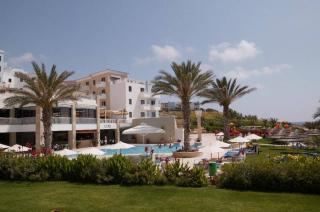 St. George Gardens is located on the beach at Chlorakas Village and offers evening entertainment and direct access to the beach - great for families.... 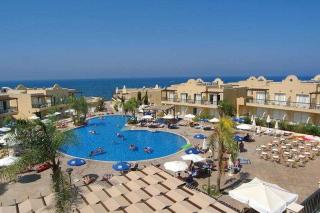 The Paphian Park Village is located directly above a rocky/pebble beach and there are supermarkets, restaurants and bars all within walking distance of the village. Suitable for families and couples a...

Eleni Holiday Village Hotel is a family friendly hotel on the waterfront with on-site swimming pools, restaurant and mini-market. The studios and apartments offer simply styled but spacious self-cater... 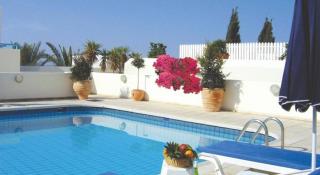 These apartments would appeal to families and couples looking for comfortable self catering accommodation close to the beach.... 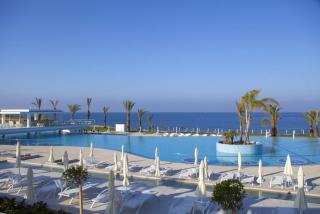 The King Evelthon Hotel is a five-star property offering elegant interiors and plenty of facilities, all whilst overlooking the sea....

The St George Hotel is an elegant and beautiful hotel which combines the rich cultural heritage of Paphos with modern facilities....

The Akteon Tourist Village is part of the Aqua Sol chain of hotels and therefore you will receive superior service, a personal touch and an individual hotel.... 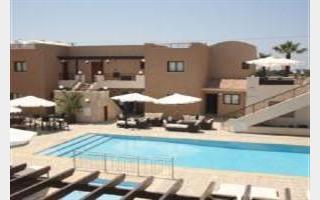 Avillion Holiday Apartments are set in a relaxing, quiet location, perfect for couples and families wanting a relaxing holiday....

The Azia Resort & Spa is a luxury hotel situated on the outskirts of Paphos and serves an ideal choice for families and couples looking for an unforgettable and relaxing holiday....

Set in beautiful gardens, this hotel combines a superb location by the beach with a variety of activities to suit the whole family.... 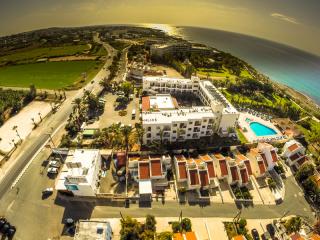 Situated on the beach between Paphos and Coral Bay, these apartments are close to a selection of bars, shops and taverns, and offer on-site a separate kid's pool, a playground, as well as a gym and sa... 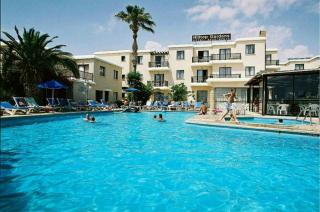 The Hilltop Gardens Apartments are the ideal location for a quiet and relaxing holiday close to the beach.... 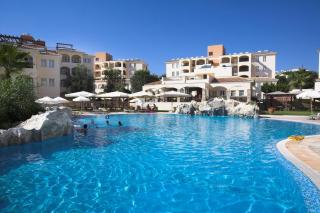 Chloraka is a very small resort, one bar, two supermarkets and a doctors. Very regular bus service to the Paphos harbour and Coral Bay. 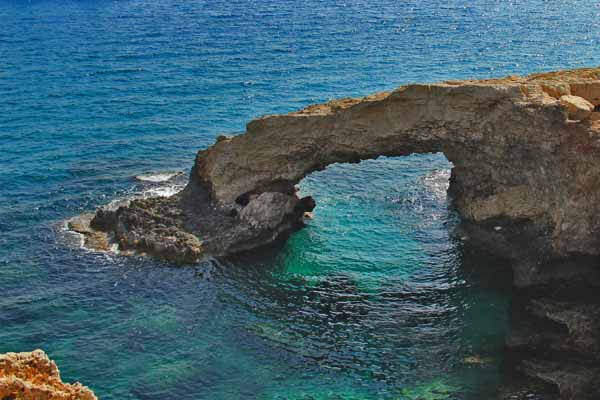 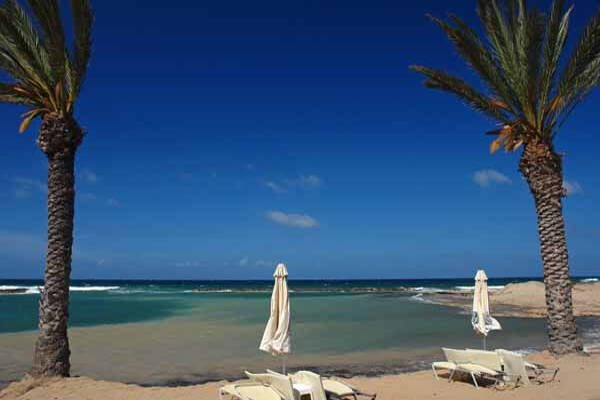 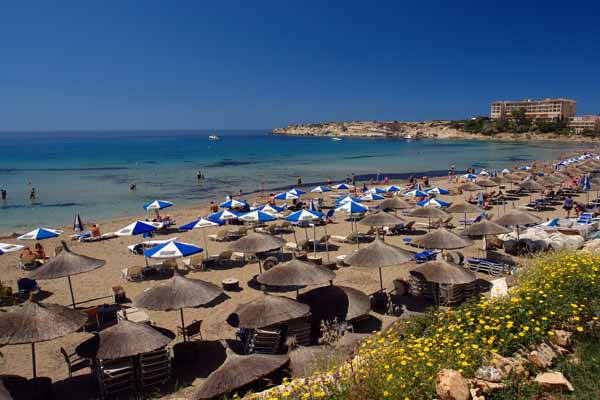 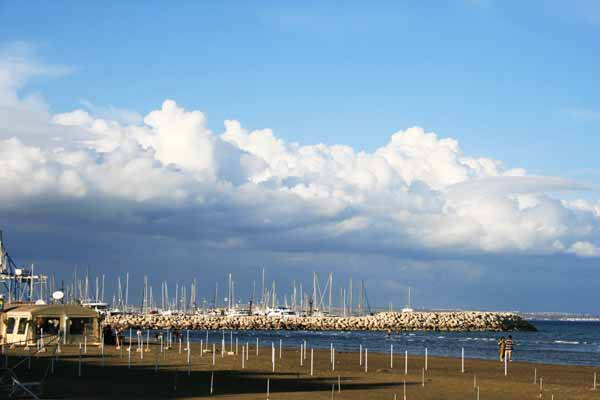 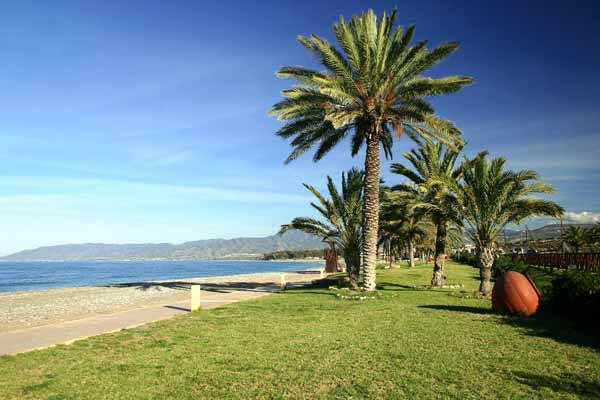 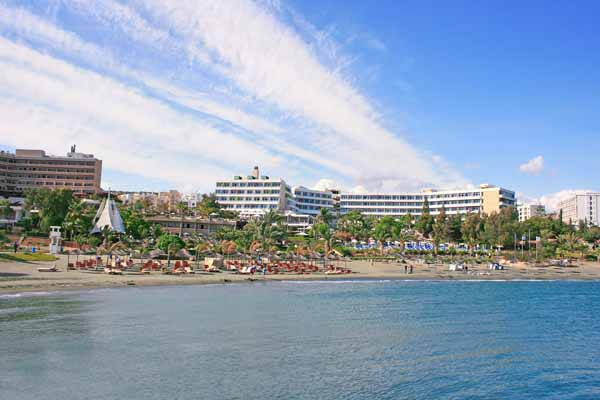 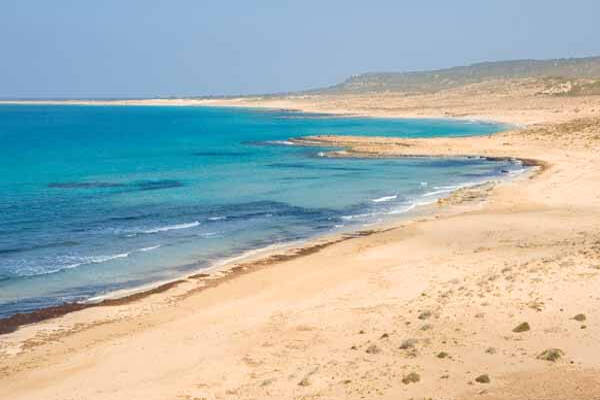 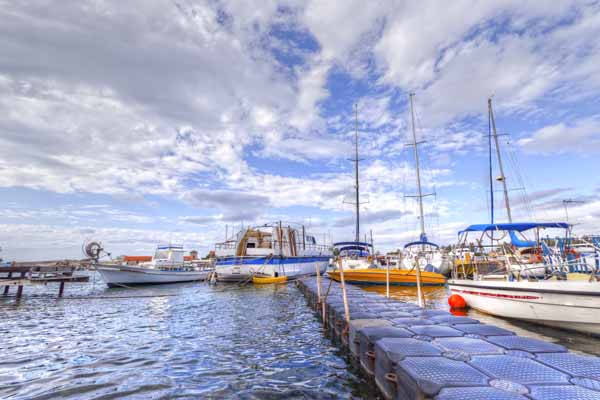 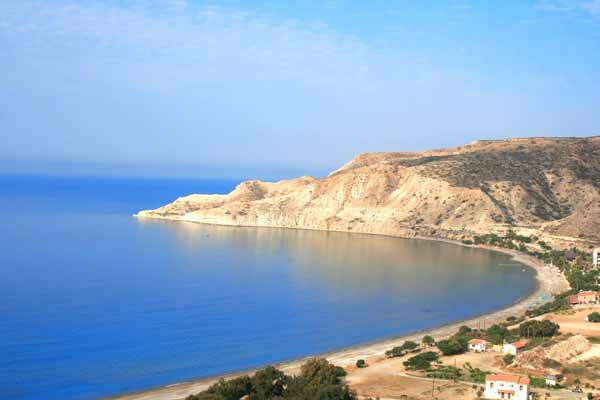 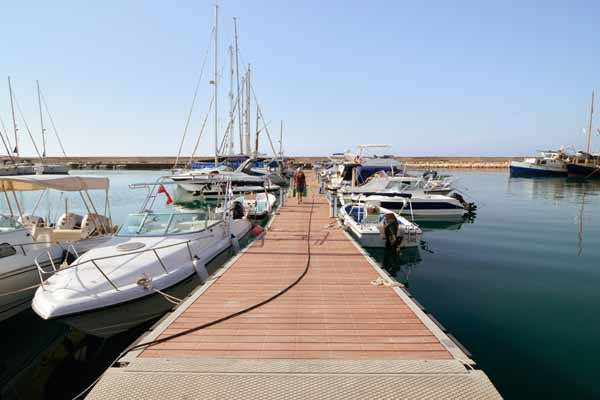 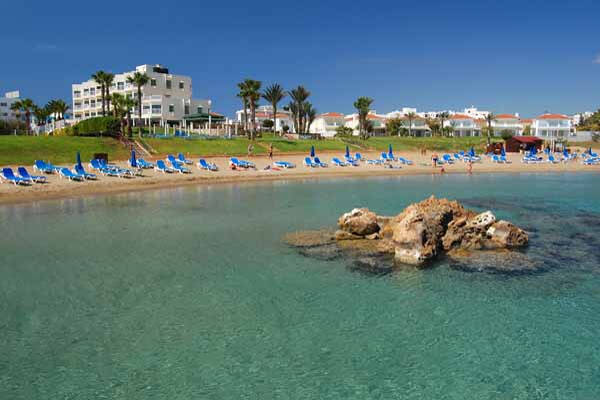