Tavira is a historical town and offers an ancient castle, 18th century buildings and a local market.

Even today, the local fishing boats still supply the town's restaurants. The harbour provides an interesting backdrop to the town. This resort will suit guests wishing to experience the traditional Algarve. The transfer time is 40 minutes.

Read more about: Beaches | Things to Do | Out and About | Nearby Attractions | Tavira Reviews

The adult only Maria Nova Lounge Hotel is situated close to the town centre, offering an outdoor pool with swim-up bar, a rooftop bar and a spa centre with indoor pool. ... 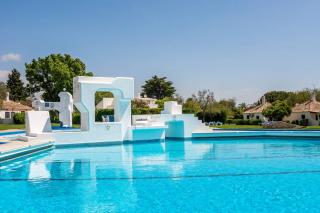 Pedras d'el Rei is situated on the waterfront, approx 5km from the historical town of Tavira. A family friendly complex offering self catering accommodation suitable for 2 - 8 people, with an outdoor ... 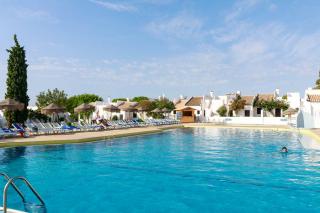 Set in extensive and well kept gardens, the Pedras Da Rainha is situated in Cabanas a short drive from the centre of Tavira. The complex features apartments and villas, some with the capacity for up t... 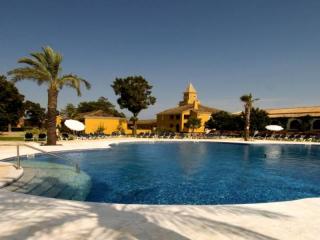 The Vila Gale Albacora is located along the Rio Gilao with Tavira Island and the Ria Formosa in view, a former tuna fishing camp now restored into a 4-star hotel with indoor and outdoor pools, a spa a... 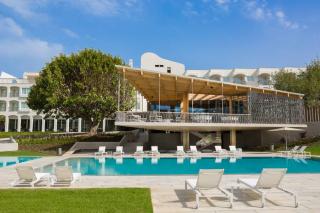 Situated outside the town of Tavira, the Ozadi Tavira Hotel is a family friendly hotel with on-site sports and leisure facilities and a free shuttle service to the resort centre and the beach....

Situated in Cabanas, the Cabanas Park Resort offers a good variety of amenities, within easy reach of the beach and village centre.... 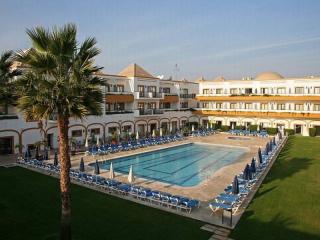 Situated at the centre of the historic town of Tavira, the Hotel Vila Gale Tavira offers a convenient location with comfortable accommodation and a good range of facilities on site.... 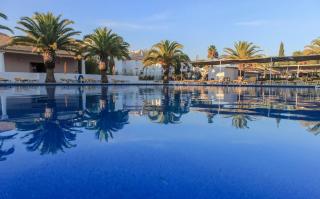 Situated in Cabanas and overlooking the Ria Formosa lagoon, the Golden Club offers comfortable Self Catering apartments with a good range of sports and leisure facilities and entertainment for adults ... 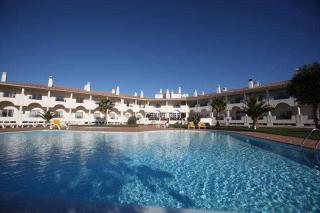 The Colina Verde Golf and Sports Resort has a remote location beside a 9-hole golf course, 3km from the coast and around 11km from the historic town of Tavira.... 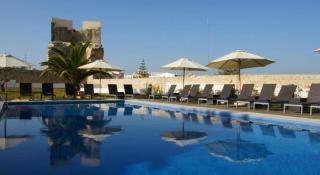 Set in a 400 year old converted Convent, the hotel offers modern amenities at the heart of Tavira's old town.... 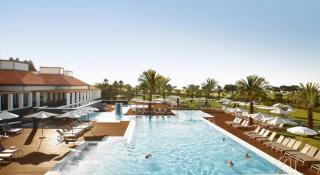 The Robinson Club is a resort style hotel with a Spa and a good range of sports facilities, evening entertainment and spacious accommodation. The complex is situated between two golf courses, 8km from...

It was a bit remote with nothing really to do, very expensive.

The resort itself was perfect for what we wanted and we even went over to Spain for the day! The beach was only a short boat ride which we did most days.

Cheap to eat out, wine reasonably priced, great selection of fish and shellfish, on the debit side roads and pavements are cobbled ( shiny slippery cobbles) which made it difficult for my wife who is recovering from torn ankle tendons!<br /> <br />

Cabanas very chilled. Tavira lovely would stay there next time. Tavira island fabulous. Not a place to go for activities. Great if want chilled holiday with boats and bikes. If you like water parks and loud bars go somewhere else. Very Portuguese which was perfect.

The calm and peaceful coastline of Tavira offers kilometre after kilometre of fine white sandy beaches and lovely warm water. Most of the beaches here are part of the Ria Formosa Natural Park and are accessible via ferry boat. The island beach of Tavira Ilha de Tavira is a 14km offshore sandpit and is just beautiful, almost like being on a tropical island.

Not only is there camping on the island but there are beach bars, restaurants, small supermarket, cash machine and even a few little houses nestled under the pine trees.

At the Eastern end of the beach, there is a supervised area and sunbeds and umbrellas are available for hire, there is a bar service and even WiFi. There are also many water sports here for the more adventurous.

The beach at Cabanas is 7km of beautiful white sand which is ideal for sunbathing. Again the beach is accessible via boat. The beach is supervised during the summer months and there are sunshades for rent. Other facilities include cafe/bar, showers and toilets. There are also water sports available such as windsurfing, sailing and jet skiing.

There is so much to see here, from castles to churches, there is no end of sightseeing to be done. There is not much left of the 18th century castle but you will be able to see remnants of the castle wall, some of the towers and the Arco da Misericordia which was one of the original main entrances to the castle.

The Galeria Palace dates back to the 16th century and was later transformed in the middle of the 18th century. The baroque stonemasonary is just fantastic, infact the building is probably one of the most amazing civil buildings in Tavira. The building is now a museum so you can come and explore and see many of the exhibitions on show. There is also an impressive number of churches in Tavira, 37 of them in all. One of the finest churches in Tavira is said to be the 16th century Igreja da Misericordia, with its fantastic carvings and blue and white azulejos, it really is very pretty. Next to the church, there is the 13th century Igreja de Santa Maria do Castelo which holds the tombs of the 7 knights of the Order of St James.

There are many cafes situated along the Gilao river and it is a great way to spend a few hours people watching whilst relaxing with a drink. Fishermen can also be seen down at the rivers edge, collecting clams. There are also pretty gardens near the Roman bridge which offer a peaceful and shaded place to relax.

As well as many water sports, there is also horse riding, nature walks, bird watching, paintballing, tennis and lawn bowling. There is also a 5 screen cinema in Tavira so there is plenty to do as an alternative to the beach.

There are plenty of restaurants in Tavira and you will find a great variety of dishes, from seafood to traditional Portuguese food so there is lots to suit everyone. There are two nightclubs in the resorts which can get quite busy during the summer months and are used by both locals and tourists. There are plenty of bars too, ranging from traditional to Irish bars so certainly something for everyone. Many shops, cafes and restaurants can be found in the old market hall which is situated on the river front.

If shopping is your thing then this is the place to be. There are plenty of shops in the actual resort and the Gran Plaza shopping mall has a great selection of shops, including a continental supermarket as well as places to eat and a cinema too. There is a market held on the 3rd Saturday of every month and a municipal market held Monday to Saturday (7am to 1pm).

There are many carnivals and festivals held throughout the year. The carnival is normally held in February, then there is the Festival Gastronomy of the Sea which is at the end of April/beginning of May and there is a programme of events during the summer evenings so there is plenty going on and you might be lucky enough to be in the area during one of these events.

If you fancy a day out, take a trip to Faro, it's only 40km away. There is lots to see here, such as the Praca de Dom Francisco Gomes and the Moorish Old Town or you could simply wander round the shops and markets to see what is on offer.

For keen golfers, there are around 6 great golf courses within 30 minutes of the centre of Faro. The courses are among the best in Europe so not only can you enjoy the great weather whilst playing, you can also enjoy the great views of the ocean and the surrounding countryside.

Pego do Inferno is approx 10km away from Tavira and well worth a visit. Here you will find a small lagoon with a high waterfall, a great way to spend a relaxing day 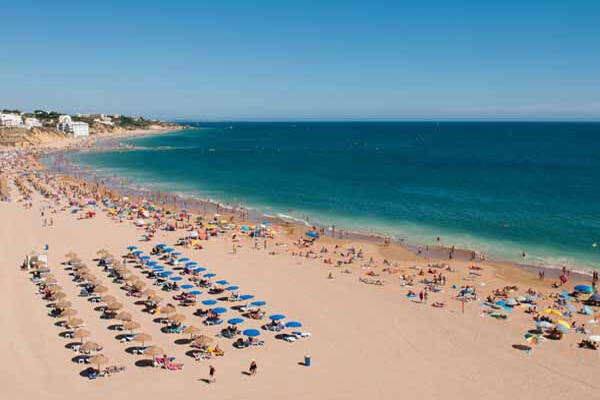 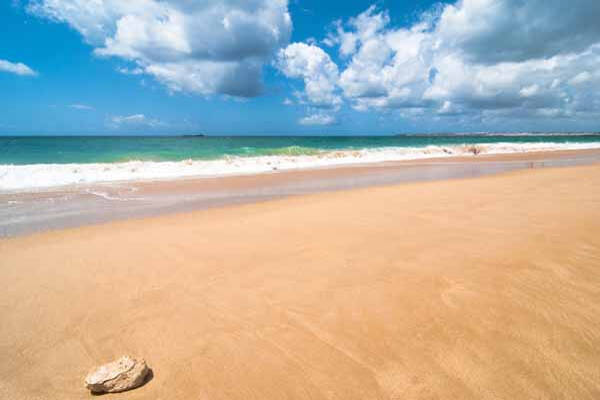 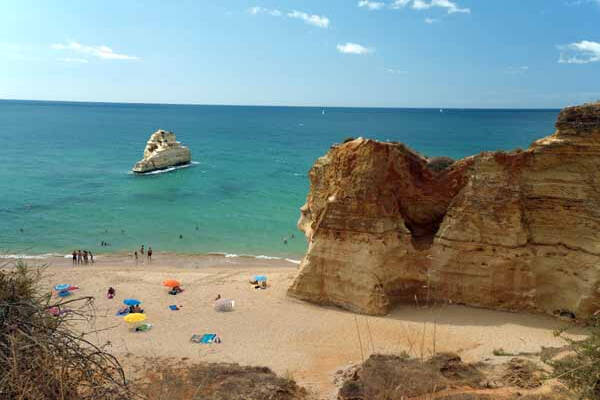 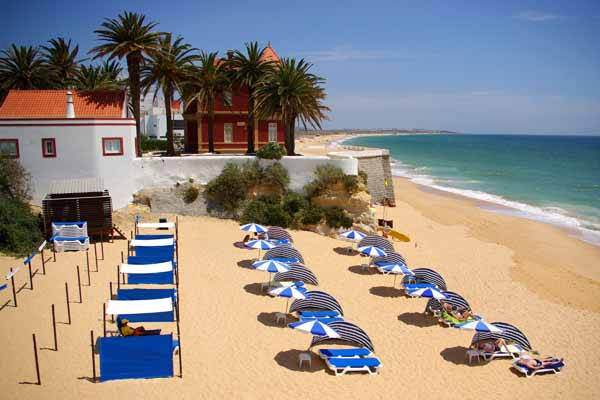 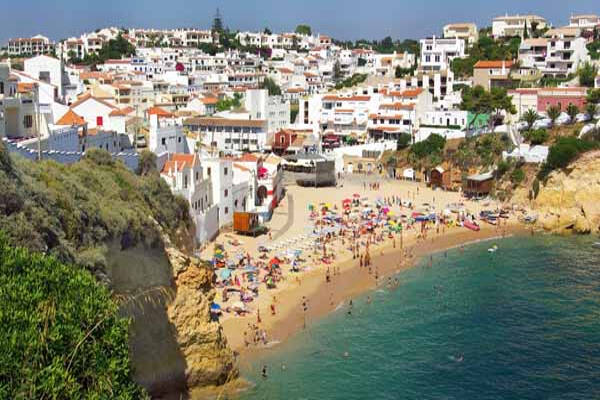 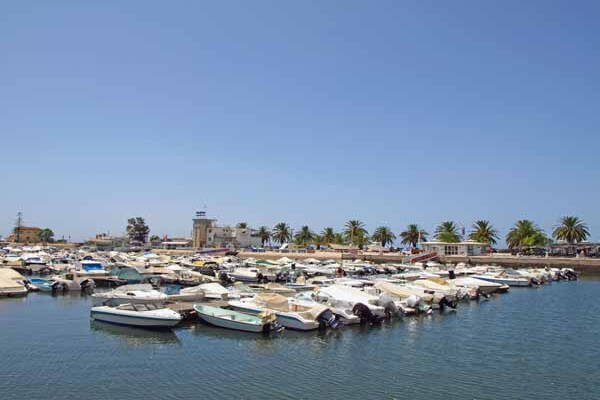 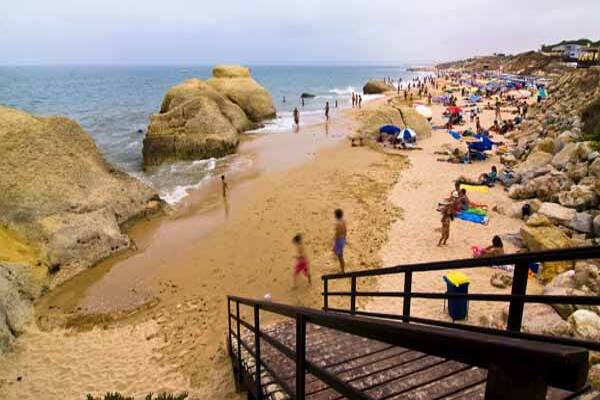 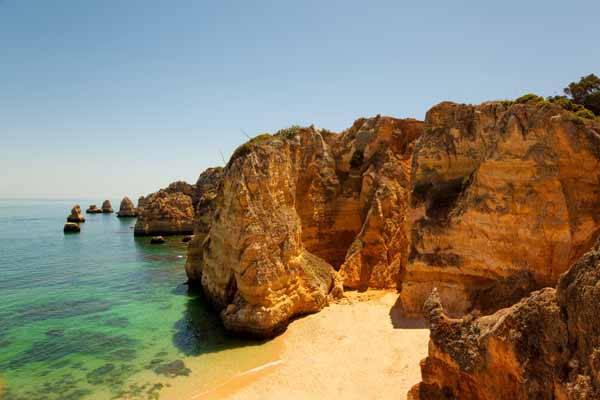 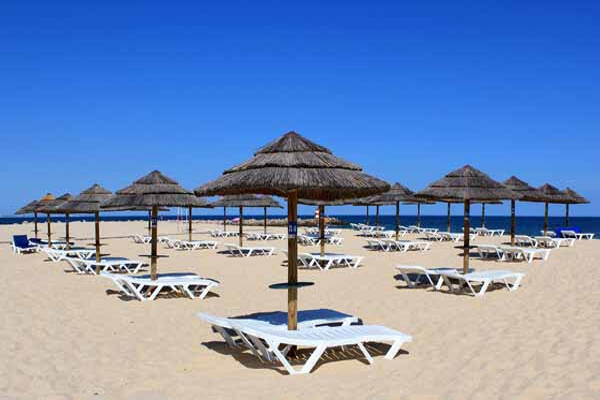 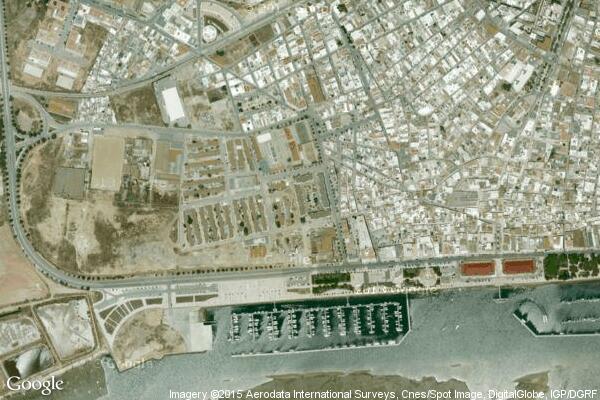 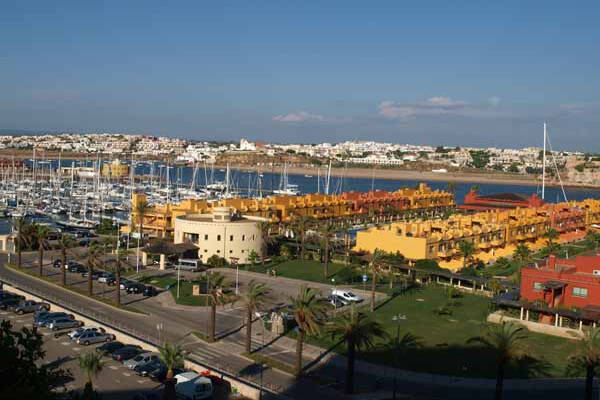 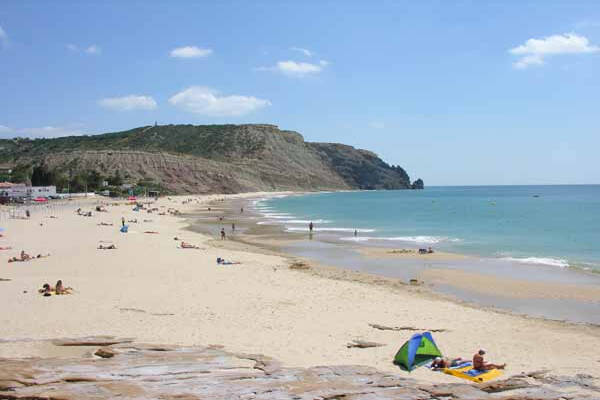 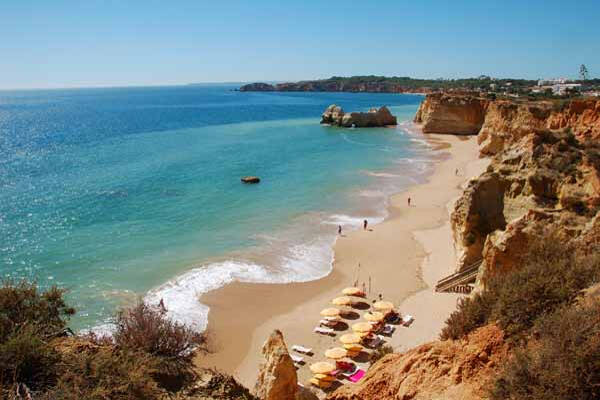 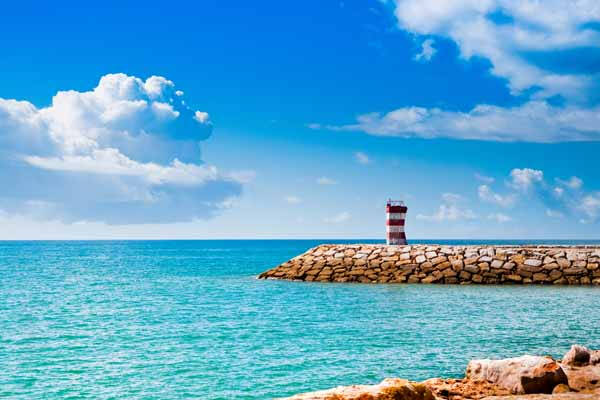 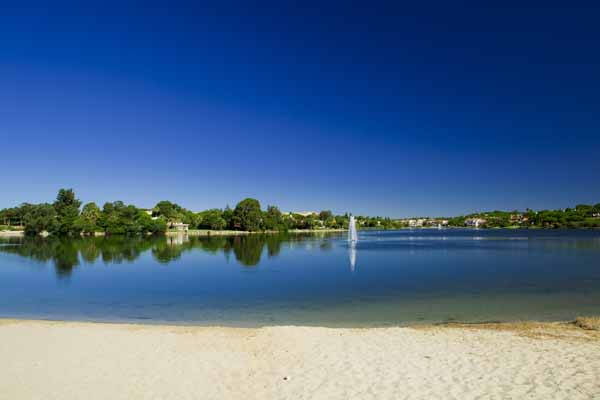 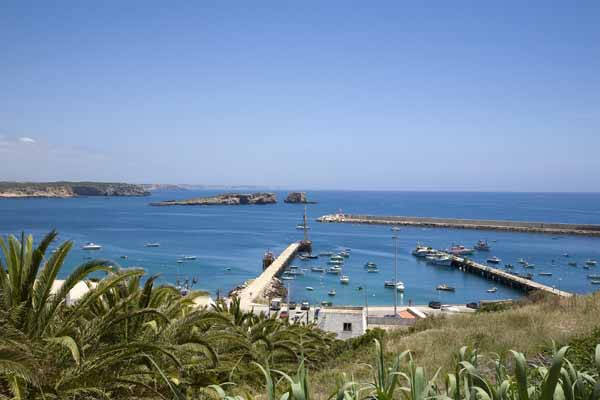 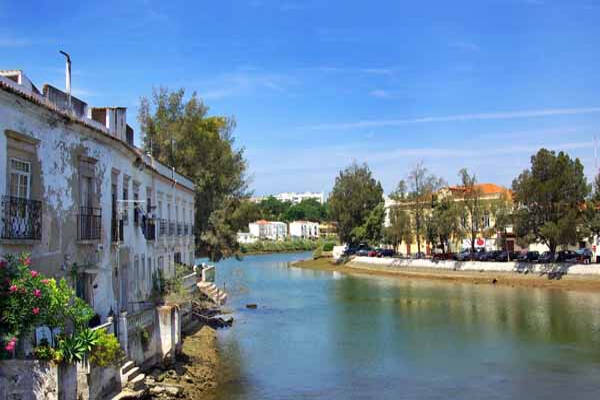 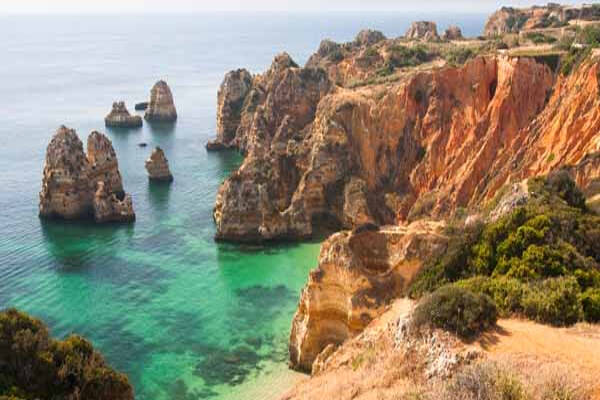 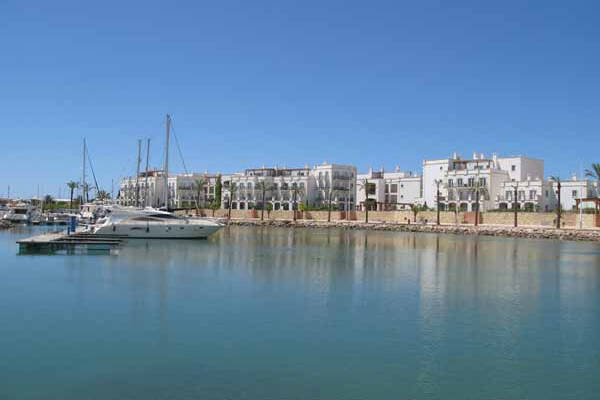