Have You Experienced Holiday Weight Gain or Loss?

Many people endure lengthy diets and fitness regimes ahead of a holiday abroad to make sure they feel comfortable strutting their stuff in their swimwear. Others do so in anticipation of all the food and cocktails they plan to consume... "making room" for the extra holiday calories, if you will.

Have you ever experienced weight gain on holiday, or even weight loss? We polled 2,328 people in our latest survey and asked them about their experiences of weight change on holidays they had been on. All respondents had been on a holiday abroad in the last 12 months and were aged 18 or over. 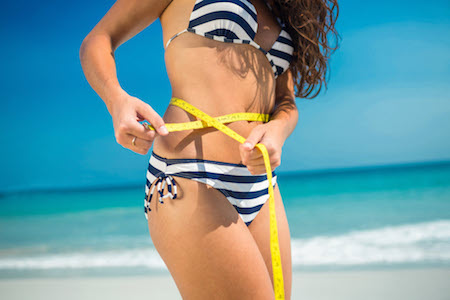 44% of holidaymakers gained weight during their last trip

Initially, we asked everyone taking part 'Did your weight change during your last holiday abroad?' and gave them a selection of responses they could pick from. 44% of the respondents taking part told us that they put on weight during their last holiday abroad, whilst 26% said they actually ended up losing weight over the course of their holiday (when comparing their weight at the start of the break to their weight when they returned home).

More than a quarter of those polled (28%) said to us that they were unsure if their weight changed at all on their holiday, and the remaining 2% said their weight remained the same/unchanged during their holiday. Anyone who had noticed a weight increase on their holiday abroad was asked how much they'd approximately put on. The average answer among the respondents was '9lbs'. Anyone who'd lost weight on their last holiday abroad was asked how much it had decreased by, revealing an average answer of '6lbs'.

Dominican Republic holidays most likely to lead to weight gain

Anyone who told us that they'd put on weight on holiday was asked where they had been at the time, which revealed the following top five destinations as the most likely to result in holiday weight gain:

Anyone who said they'd ended up losing weight on holiday was asked where they had been when this had happened, revealing the following top five destinations most likely to result in holiday weight loss:

However, 65% of those who said they'd lost weight on their last holiday abroad admitted that they had actually eaten more on the break than they would at home. What's their secret then?

If you're on an all inclusive break, it can be difficult to resist the abundance of food that's so readily available. Add to that the drinks on tap and the constant lazing around on a sun lounger and you have yourself the perfect formula for weight gain!

Those destinations that appeared in the top five places for weight gain are typical 'all inclusive' resorts. What we found more surprising was the weight loss destinations, with Rome and New York in particular renowned for calorific meals like pizza, pasta and delicious desserts. However, city breaks are well known for the amount of walking that they involve during all the sightseeing, so perhaps that goes some way towards explaining why some people's clothes feel a little looser after the trip of that kind!
4.8 Rating 13316 Reviews
96%
reviews recommend Sunshine.co.uk
Customer satisfaction
ATOL Protected
£1 Hotel deposits
£30pp Holiday deposits