Where To Go On Holiday in 2016, According To Britons

The arrival of the New Year holds the promise of new and exciting travel opportunities, as many Britons gear up to get their holiday plans for the year in full swing. In our latest poll, we wanted to find out what the most popular destinations of this year would be, based on where people wanted to go most.

We spoke to 2,616 people aged 18 and over from around the UK and asked them all about their travel wishes for 2016, as well as any holiday regrets they'd had from 2015. From this study, here's what we found... 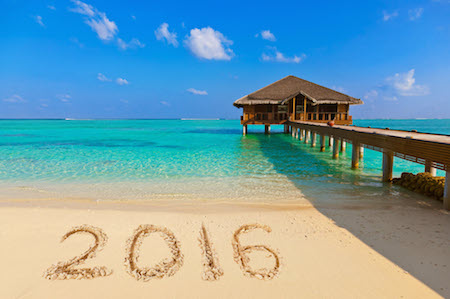 When we asked everyone taking part, 'Which destination(s) do you most want to visit for a holiday in 2016?' and told them that they could select more than one answer, the following top 10 was revealed:

Next, everyone taking part was asked what their travel priorities for 2016 would be. The top answer, once all were taken into account, was 'sun/good weather' (78%), followed by 'culture' (53%), 'natural beauty' (35%) and 'safety' (29%). In order to then find out the most popular travel companions for 2016, we then asked the people taking part who they most wanted to go on holiday with next year.

Partners Are Most Desirable Travel Companions For 2016

'Partners' were revealed to be the most desirable travel companions for 2016, with 36% claiming that they would most like to go on holiday with their boyfriend, girlfriend, husband or wife. This was closely followed by 'friends' (28%), which beat 'relatives' (21%) such as parents, grandparents or siblings.

It's great to see so many European holiday destinations in the top ten of the places people most want to visit in 2016. However, we expected more long haul destinations to appear in the list, such as some Caribbean Islands or more exotic places.

As for the top travel regret of 2015, there's certainly one way for those who wished they'd travelled more to rectify the situation and that's to start booking some holidays for 2016 to travel more
4.8 Rating 13316 Reviews
96%
reviews recommend Sunshine.co.uk
Customer satisfaction
ATOL Protected
£1 Hotel deposits
£30pp Holiday deposits