There's something very romantic about city breaks; exploring the winding streets of a foreign land and really soaking up the culture of a previously unknown place. With romance comes passion, and with passion comes... well, you know the rest.

Our latest poll took a look at 'sex in the city breaks'.. and no, we aren't making references to the popular TV show. We polled 2,166 people aged 18 and over from around the UK, each of whom had been on a city break abroad in the last 12 months with a partner, and asked them about their love lives and romantic behaviour on the trip. Oh la la! 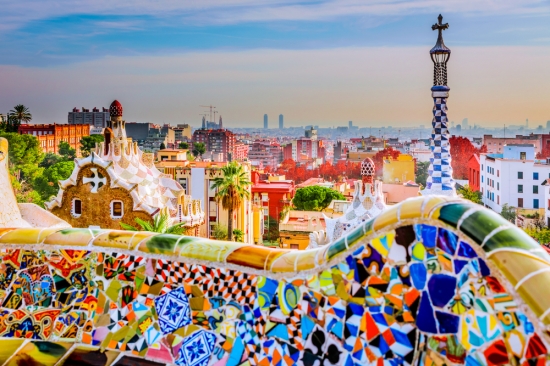 Couples On Holiday in Barcelona Make Love 8 Times, On Average

Everyone was initially asked which location they had visited for their city break in the past year, so that we could spot any patterns of behaviour. The average length of the city breaks respondents had been on in the last 12 months was revealed to be '3 nights'. We then asked how many times they made love with their partner during the trip and respondents didn't hold back!

From this, the top 10 cities of love were revealed; based on where respondents had sex the most. The results were as follows:

When we asked what they thought were the most romantic city break activities, the most popular answers stated by our respondents were; 'meal in a restaurant' (21%), 'walk through a park' (16%) and 'drinks and dancing in a bar/club' (15%).

Paris and Rome are traditionally known as really romantic cities, but it seems that Barcelona has taken the crown now as the place where holidaymakers feel most frisky. Those hoping for a more, shall we say, active love life on their holiday should take heed of this list and book a trip to the coastal Spanish city with their other half!
Trustpilot
ATOL Protected
£1 Hotel deposits
£30pp Holiday deposits