007 has a luxurious lifestyle. Sure, there's a lot of drama that comes with it, but it's probably all worth it in the end. For one thing, Bond gets to travel all around the world and his globetrotting continues in the new movie Spectre which was released in cinemas recently. 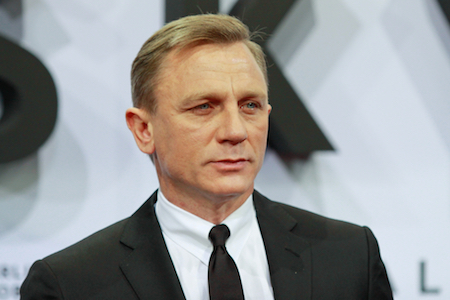 The secret agent visits Austria, Morocco, Italy and Mexico in the new film, which is an action-packed whirlwind of a movie. Usually, when blockbuster films feature some well-known holiday destinations, we see a direct correlation between the cinema release and a spike in searches and bookings for those places.

So, after Spectre hit cinema screens on Monday 26th October, we analysed our search and booking data for the week until midnight on Sunday 1st November to see what impact the film had, if any, on people's holiday decisions.

In that specified time period, searches for holidays to Mexico increased by 69% on our site when compared to the previous week, whilst bookings to the holiday destination increased by 16% when comparing them to those made during the same time-frame in the previous week. So, it certainly seems that the Mexico City scenes were prompting audiences to explore the idea of visiting the country, albeit the more relaxed coastal resorts.

Spectre also sees Daniel Craig's character James Bond visit Rome. When we looked at searches for holidays to Italy, there was a 36% increase when compared to the same time period the week before. However, in terms of searches for holidays to Rome specifically, we witnessed an 89% increase compared to the previous week. Bookings to Rome were up 52% too! This is the ideal time to visit the ancient Italian city, as the temperatures have cooled and the Trevi Fountain has just been reopened after a long (and expensive) restoration project!

One of the other prominent destinations in the film is the North African country of Morocco. Again, we witnessed an increase in the number of people looking to book holidays to the country; with searches almost doubling (up 91%) compared to the week before the film came out in cinemas. Actual bookings for Moroccan holidays increased by 42% in this time period.

It's also worth mentioning that we witnessed multiple searches for holidays in Austria during the week of Spectre's cinema release, despite not offering trips to the European location.

Let's face it, who wouldn't want to holiday like 007? Watching the action-packed film set against a backdrop of amazing locations was always bound to give viewers itchy feet and turn their thoughts to where they're going to holiday next! Have you ever holidayed like Mr. Bond? Share your 007 holiday experiences with us below!
Trustpilot
ATOL Protected
£1 Hotel deposits
£30pp Holiday deposits