As part of our ongoing research into Britons holiday preferences, we questioned 1,448 British adults (aged 18 and over) who have been on holiday at least once in the past three years about the way they tend to holiday, i.e. destination choices and lengths of stay.

We first asked all those taking part in our survey to describe the length and frequency of their holidays. When provided with a list of responses to choose from, 42% stated 'little and often (i.e. multiple short breaks each year' (two to five-night breaks), 33% choose one or two longer holidays each year (seven nights or more) and 21% prefer 'mixed and sporadic'. 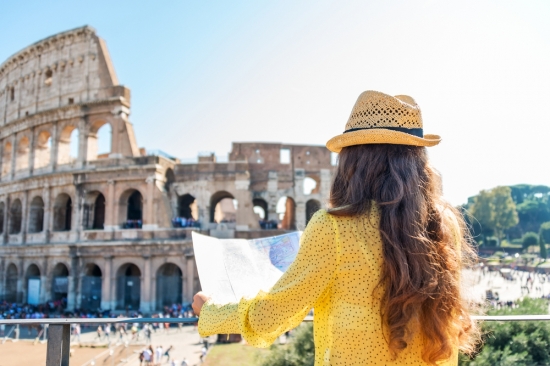 Short Holidays Allow You To See The World

Looking at the data, we were able to deduce that Britons aged 26 to 34 years old are the most likely to holiday little and often - and they're least popular with those aged 51+ years old. Additionally, the split was 56% male and 44% female.

Furthermore, the two fifths of respondents who choose little and often short breaks were asked if this was a relatively new approach, which 62% feel that 'yes' it is. We wanted to know more about the increasing trend so we asked them why they adopted this way of travelling - the top five responses emerged as:

We asked one more question; which destinations British travellers would choose for short breaks. Rome (22%), Barcelona (19%) and New York (15%) were revealed as the most popular - showing that city breaks are best for short breaks.

Presumably Britons are leaving the beach breaks for their longer 7/10/14 night holidays, which make sense as they're the relaxing holidays. It sounds as though the short breaks are best designed for cramming as much in as possible; sight-seeing, immersing into local culture and experiencing new things. It's definitely one way to see the world - as opposed to taking months out of work, or even quitting your job, in order to backpack/travel and see numerous destinations in the space of a few weeks or months.
4.8 Rating 13316 Reviews
97%
reviews recommend Sunshine.co.uk
Customer satisfaction
ATOL Protected
£1 Hotel deposits
£20pp Holiday deposits