Stealing, Cheating and Vandalism - What Britons Get Up To In Hotels

Most people associate hotel stays with a relaxing break, holiday or business trip, but our latest research has shown us that there's a lot more that goes on behind closed doors and those 'do not disturb' signs could well be in overdrive.

We polled 1,426 people aged 18 and over from around the UK with the aim of uncovering some of the top hotel confessions of Britons. Our survey was totally anonymous, to ensure the best chance of total honesty, and everyone participating had stayed at a hotel at least once annually for the last three years. 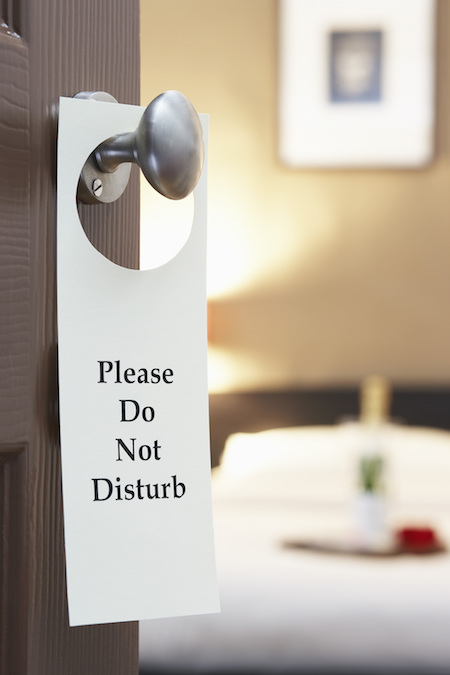 All respondents were shown a list of behaviours and asked to admit to us which they had carried out during a hotel stay previously. According to our results, the top 10 hotel confessions of Britons were revealed to be as follows:

4. Blagged an upgrade or freebies (e.g. by lying or threatening bad reviews) - 33%

Majority of Tidy People Are 'Very Messy' During Hotel Stays

64% of the respondents taking part classed themselves as 'tidy' people, in the sense that they kept their home neat and orderly. However the overwhelming majority of these very same people, 88%, admitted to being 'very messy' during their hotel stays. When asked why, 36% said it was because hotel staff were 'paid to tidy' for them.

We asked anyone who admitted to having stolen from a hotel before what item(s) they had taken. Towels were the most common answer (51%), followed by 'decorative items' (32%) and 'bathrobes' (28%). When the people who'd had sex in a hotel lift or other areas of the hotel outside of their room were asked if they'd been caught in the act, 62% admitted to us that they had.

There's that old saying that goes 'you treat this place like a hotel', which generally means having a huge lack of respect and behaving like a bit of a slob. Our study shows that, actually, bad behaviour in hotels can go way beyond a bit of mess and misbehaving. Stealing, drug taking and infidelity is what some Britons get up to behind closed doors of hotel room and we were truly shocked by the results of this poll!
Trustpilot
ATOL Protected
£1 Hotel deposits
£30pp Holiday deposits