Nobody ever really looks forward to going home when they've had a fantastic holiday. We know that it's nice to be back in your own bed, however comfy the one at the hotel was, but a feeling of extreme sadness on your first day back to reality after a sunny trip abroad is entirely normal.

What makes the situation worse, is that everyone seems to make it their business to make your holiday their business. You end up facing the same questions over and over again and reliving your holiday a thousand times over in conversations only makes you miss that sun lounger even more. 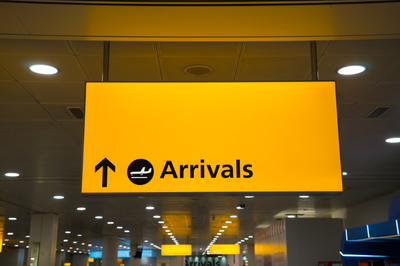 We polled 2,130 people aged 18 and over from around the UK, all of whom had been on a holiday abroad in 2014, and we asked them about the questions and conversations they were faced with when they got home.

Being asked about the weather voted the most annoying

We asked everybody taking part 'What did you find were the most annoying questions to be asked or conversations to have when you returned back from your holiday, that were directly about your trip?' We provided a list of suggested answers, but those taking part could also provide their own and they could pick more than one "annoying" conversation topic or question.

We then analysed all of the answers (I know, we're a clever bunch) to see what the most common answers were, which revealed the following top ten:

5. Being told about trivial things I missed whilst away - 39%

8. Being asked about the hotel/accommodation facilities - 21%

Holidaymakers face questions about trip for 6 weeks after break

According to our survey, holidaymakers are faced with questions and conversations about their trip for an average of six weeks after they return from their break; with family members being the most likely people to ask questions or strike up a conversation about the holiday (61%), followed by colleagues (23%) and then friends (13%).

More than half of the people we polled (51%) said they tended to make their holiday sound better than it actually was when talking to other people on their return. When asked why they did this, 67% said it was to 'make the person jealous'.

Even when you've had the holiday of a lifetime, it can be exhausting coming home to a barrage of questions about what you did, what you ate, where you went and how successful you feel your tanning schedule was. It's nice to tell friends, family and colleagues about your holiday highlights, but if they keep pestering you for details then it's probably a good idea to just have the holiday photo album on hand and let the pictures do the talking!
Trustpilot
ATOL Protected
£1 Hotel deposits
£30pp Holiday deposits