Samos sits at the southern end of the Aegean sea to the east of the Greek mainland and is close to the Turkish coastline. For anyone wishing to take in a little culture, there are plenty of archaeological sites in the area and some great mountain scenery to enjoy whilst taking a drive around the island. Samos is famous for the production and the quality of its wine. 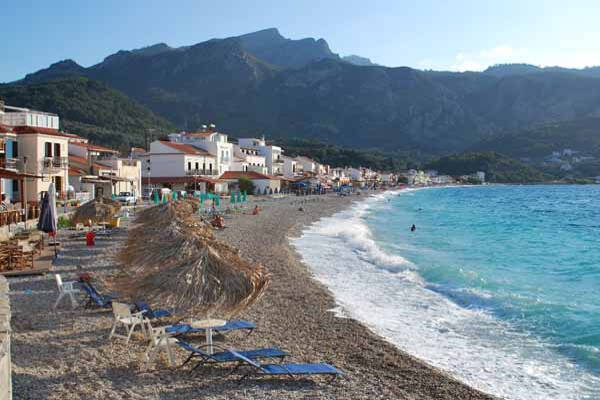 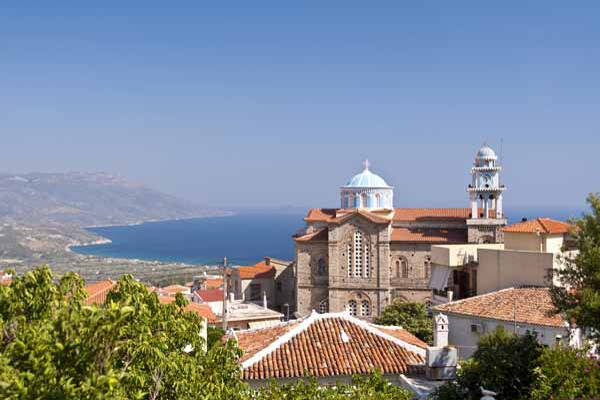 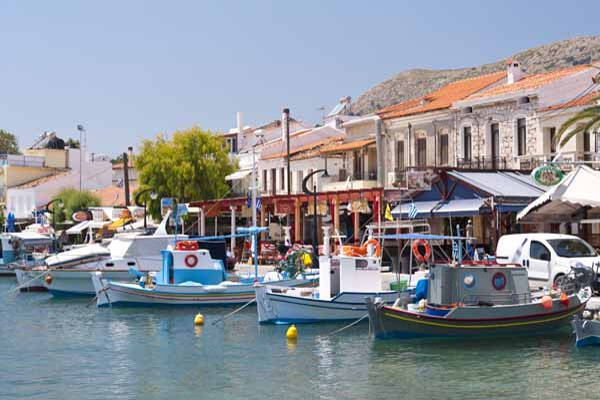 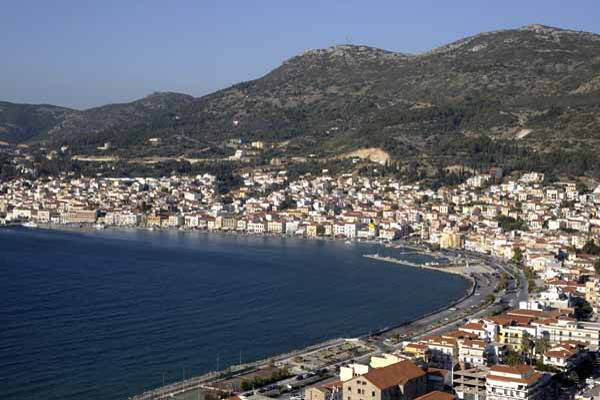 Samos has a more authentic, laid back atmosphere than many of the Greek Islands making it a popular holiday destination among Greek Tourists. While much of island has remained untouched by tourism, a few of the coastal villages have grown into moderate sized resorts with a good range of facilities.

Samos has it's fair share of history and offers many attractions worthy of a visit, such as the Evpalinus Tunnel which dates from the 6th century BC and the Temple of Hera, the temple that honoured the queen of the Greek Gods. There are also many churches, monasteries and museums throughout the island.

The islands beaches range from gently shelving expanses of golden sand to small idyllic pebbly coves, all of which offer the perfect spot for a relaxing afternoon in the sun. There are also many opportunities to take part in many watersports such as windsurfing, jet skiing, snorkelling and scuba diving. Sailing is another favourite pastime, whether it's a trip to a neighbouring island or a cruise round the island's hidden coves and beaches.

The area is well known for its Muscat vineyards and together with the seafood, beautiful beaches and picturesque towns, Samos is the place for an enjoyable stay.

Samos has a variety of both Greek and International restaurants, you will be able to find a dish to suit all taste buds. The seafront has a great range of restaurants with a typical Greek feel to them as well as pizzerias.

In Vathy there is a wide variety of restaurants to dine in from luxury restaurants to fast food outlets. If its a more traditional restaurant you want then travel to the smaller villages where you can try local specialities including Tzatziki, Taramosalata and Zucchini. Some of the main dishes to try out whilst dining in Samos include Moussaka, Dolmades and Giouvarlakia.

Best Time to Visit - May to October

Here's a list of our top accommodations in Samos, ranked by our customer ratings and reviews.

Marathokambos
Agrilionas Beach Apartments is located slightly above the coastal road and only a short walk from the sandy beach, but guests will enjoy the quiet location.... 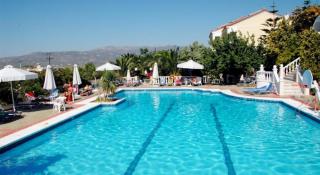 Pythagorio
This pretty complex is decorated in neoclassical style and surrounded by green flower gardens, a great place to enjoy a relaxing holiday.... 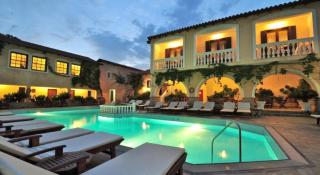 Samos Town
The Ino Village Hotel is situated in Kalami, just a 15-minute walk from the centre of Samos town.... 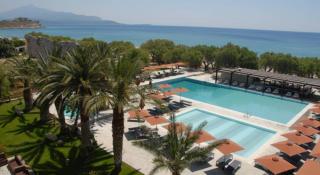 Pythagorio
Situated on the beachfront, just outside the town of Pythagorio, the Doryssa Seaside Resort offers a good range of facilities coupled with comfortable accommodation.... 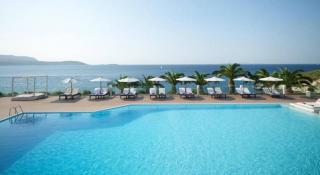 Pythagorio
The Proteas Blu Resort is situated 2km from the historic village of Pythagorio, offering modern and well equipped guest rooms and suites with direct access to 2 private beaches....

Samos Town
The Ionia Maris Hotel is situated in the area of Kalami on the quiet Beach of Gagou. Ideal for families or couples looking for a relaxing holiday, on-site amenities include swimming pools for adults a... 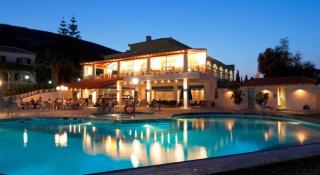 Kokkari
A good choice as a holiday destination, made for rest and relaxation while also offering a touch of entertainment....