Naxos Island is the largest island in Cyclades and it is one of the most beautiful among the Greek Islands. It combines superb fine sand beaches, with fertile valleys and mountainous beauty.

There are many historical sites to visit as well as many walking routes so there is plenty to keep everyone occupied. 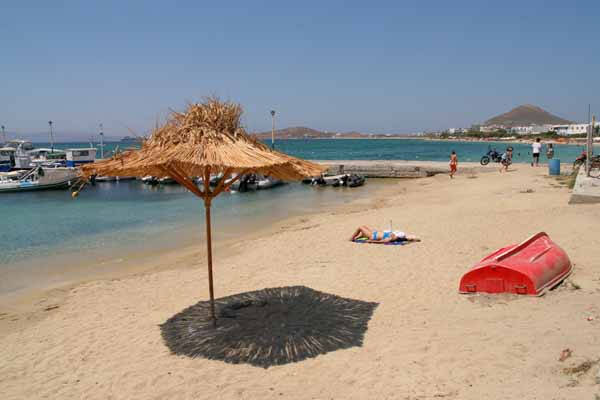 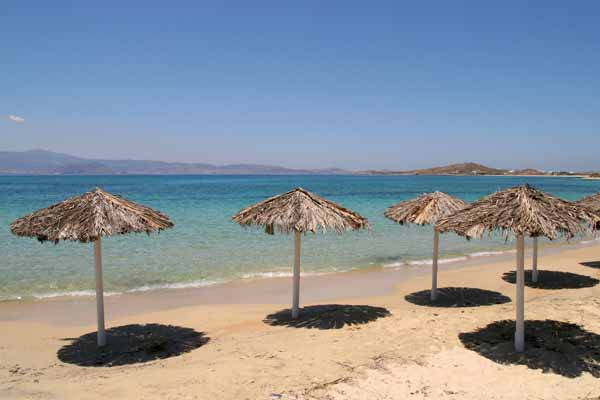 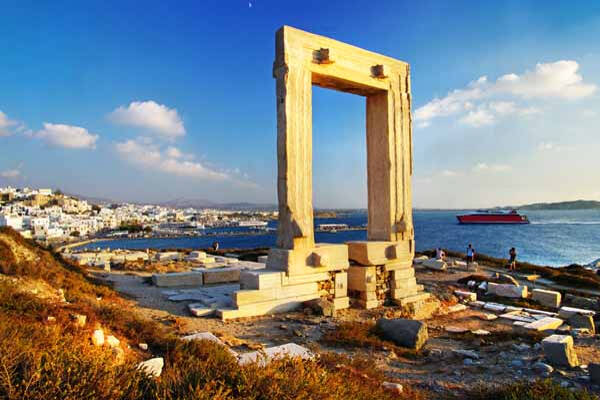 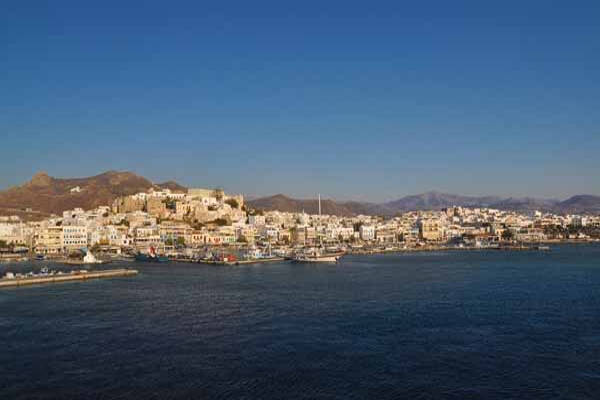 Enjoying long hot summers the island of Naxos has a typical Mediterranean climate with plenty of sunshine from May to October.

Naxos is still relatively unspoilt, with a simple charm and although the emphasis is on the beautiful beaches there are some archaeological sites, churches and historical remains that are well worth a visit.

Naxos is a popular destination for water based activities, whether it is windsurfing, water skiing, snorkelling or a relaxing cruise around the islands.

With a glorious coastline and green, fertile landscape, Naxos is a walker's dream. There is so much to see such as olive groves and orchards, traditional villages, ancient castles, monasteries and churches. So for one of the best ways to see the island, take to the hills for a leisurely stroll or join one of the organised walking trips.

Although there are many paths and routes for walkers, there are also many tracks off the beaten track which are best explored on horseback or bike. Some great views are to be had from these paths and the sunsets are just amazing so if you are fed up lying, relaxing on the beach, get on your bike and head for the hills.

Naxos is so easy to get around and has some great beaches and plenty to see which makes it a great choice for a relaxing holiday.

Naxos Island has the richest variety of produce in the Cyclades Islands. This produce includes potatoes, poultry and cattle. Greek specialities including Mousaka, feta and souvlaki are served in most restaurants. Most of the restaurants serve fresh foods with only a few serving local cuisine. Olive oil plays a major part in the diet on Naxos Island.

If you are self catering or staying in a luxury hotel you will find everything you need to try out a variety of dishes whether you buy it from a local supermarket or dine in a luxury restaurant.

Flight Time - Flights are usually indirect, flight times vary and include 1 or 2 stops.

Best Time to Visit: May to October

Here's a list of our top accommodations in Naxos Island, ranked by our customer ratings and reviews. 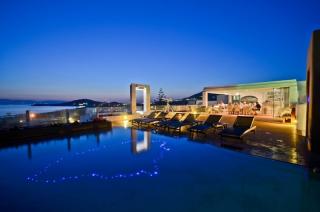 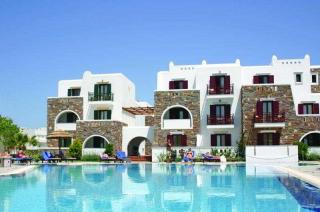 Agios Georgios
A fully air conditioned beach hotel offering guests comfortable accommodation and a good choice of facilities both on and off site. Ideal for both families and couples to enjoy a fun filled beach hol... 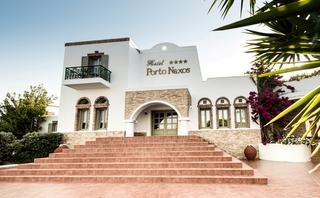 Agios Georgios
One of the most established hotels on the island, built with typical Cycladic architecture and providing guests with high standards of service combined with light and spacious accommodation.... 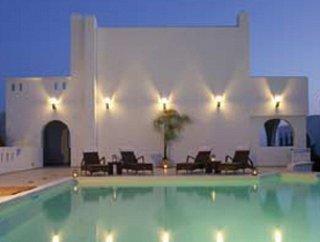 Agios Prokopios
Lagos Mare Hotel is an elegant boutique hotel with cubistic Cycladitic architecture and is the perfect combination of Naxian hospitality and distinctive personalised service.... 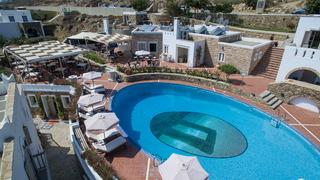 Stelida
Guests of the Naxos Magic Village have the advantage of staying in a quiet and relaxing environment but also making it one of the most well-positioned Naxos hotels.... 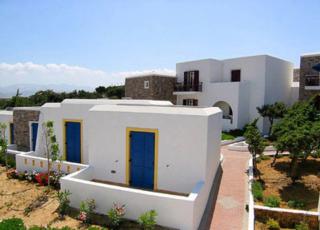 Stelida
Naxos Palace Hotel is located on a hillside around 1km from the centre of Agios Prokopios and the nearest beach.... 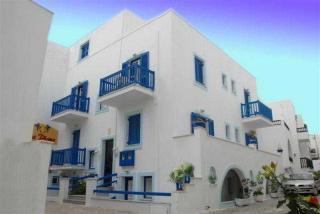 Agios Georgios
A small complex in a quiet location close to the beach. Ideal for families and couples looking for a quiet relaxing holiday in the sun.... 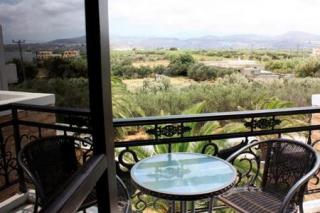 Agios Georgios
Built in traditional Cycladic style is this relaxing family friendly complex. Ideal for families, couples and those looking for a quiet relaxing holiday. This hotel comprises a total of 73 rooms...