The fun-loving state of Louisiana has a style of it's own, offering stunning architecture, great museums, top restaurants and fantastic shops.

Louisiana is the birthplace of Jazz and wherever you go you will find a beat to tap to and a rhythm to bring you alive. New Orleans is probably the most well known and most visited place in Louisiana.

If you are looking for a party atmosphere, visit the famous French Quarter which is home to Bourbon street which has plenty of cafes, bars and round the clock jazz. 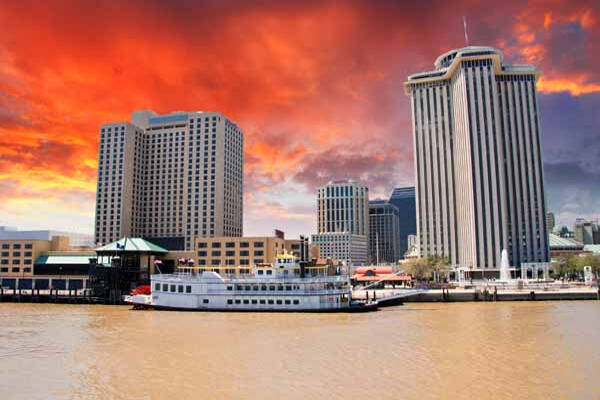 Louisiana's climate is fairly consistent throughout the state with a generally mild climate year-round. The spring and autumn seasons are particularly good times to visit with pleasantly warm days and cool nights.

The summer months are hot and humid with temperatures between 80-90ºF and occasionally up to 100ºF. Winter temperatures range from 30-40ºF and cooler at night

The great state really does offer so much, whether you are interested in historical attractions, days at the zoo or just having fun, there is something here to suit everyone. Summer is obviously a great time to visit but it can be just as much fun in winter with a different activities to enjoy.

A trip to Louisiana is not complete without a visit to New Orleans, one of the world's most fascinating cities. New Orleans is steeped in history with influences from Europe, the Caribbean, Africa and beyond. Try to time your visit to tie in with Mardi Gras but if you can't, you can also visit Mardi Gras World which shows some of the amazing props and floats that have been used in previous Mardi Gras. Jump onboard a paddle steamer a take a boat ride down the Mississippi River for another enjoyable day out. These are just a couple of the many things to do in one of America's most culturally and historically-rich destinations.

There are many great parks to be found in Louisiana, some are simple parks which are great for a quiet picnic but a lot of them have more to offer such as Bayou Segnette State Park which has facilities for fishing, boating, canoeing, playgrounds and swimming in the wave pool.

There is a great variety of museums spread across Louisiana, from the Arts and Science Museum in Baton Rouge to the Children's Museum of Acadiana in Lafayette, there really is something for everyone with so many interests covered.

There are also plenty of zoos and wildlife parks on offer which can make a nice change and something the kids will really enjoy. The Global Wildlife Center in Foslem is home to over 3000 exotic, endangered and threatened animals from all over the world.

Eating in Louisiana is more than a necessity it's a way of life, and the subject of food is taken very seriously here. The blending of cultures here over the years has helped produce the distinctive regional food traditions for which the state of Louisiana is well known for; Creole and Cajun cuisines.

Creole and Cajun dishes may now seem very similar with rice being a staple of both, though historically they were two very different styles with Creole cooking based on French traditions with influences from Spain, Africa, Germany, Italy and Africa, while Cajun cooking was peasant food, developed by the Cajuns living in the south Louisiana swamps and generally using one-pot. Creole food is more refined and subtler, and Cajun food is pungent and more highly spiced.

What to expect on the menu; Jambalaya (a spicy rice dish), gumbo (soup-like dish with two or more meats/or seafood and is served with rice), sauce piquante (pronounced sos pee-kont, is a well seasoned stew), crawfish etouffee (the crawfish resembles the lobster though is much smaller, and etouffee is similar to a stew only slightly thicker and seasoned), boudin (pronounced boodan, this is usually a blend of cooked pork, rice, onions, peppers and seasoning's stuffed into a sausage casing), a po'boy (a large submarine sandwich served hot and filled generally with fried shrimp, oysters, crab, catfish, Louisiana hot sausage and fried chicken), and Trout Marguery (a very popular dish in New Orleans).

Don't be surprised to see the following items on the menu; alligator, frog legs, squirrel, raccoon and turtle. Many of these unusual foods to us are considered a delicacy in Louisiana.

Best Time to Visit: All year round with June, July and August being very hot and humid at times

Here's a list of our top accommodations in Louisiana, ranked by our customer ratings and reviews. 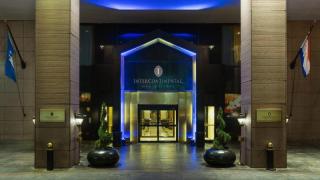 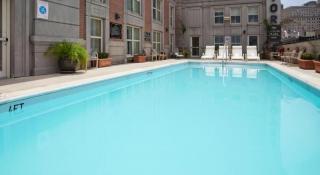 New Orleans
Astor Crowne Plaza Hotel is a luxury city hotel suitable for business or leisure, well placed to enjoy both Downtown and the French Quarter....