Our latest research has revealed that the Zika virus has affected the travel plans of a number of Britons this year so far. We polled 1,895 people aged 18 or over from around the UK, each of whom had either been away on holiday this year, had a holiday booked that they were yet to go on or had planned to go away this year. We asked questions surrounding their destination choice and the factors leading to this decision. 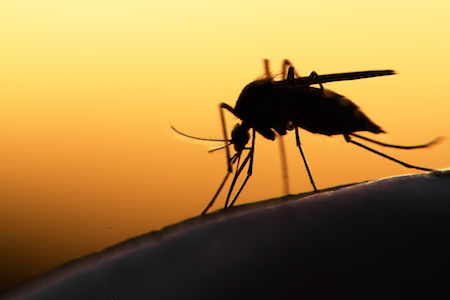 When we asked, 'Did the news of the Zika virus cause you to change your 2016 holiday plans?' 34% of the respondents taking part said 'yes'. 16% of these people had actually booked a holiday to a destination where Zika had later been discovered, and subsequently chose to cancel their booking or change their destination. 55% of these people incurred costs for doing so.

However, 84% of the respondents who changed their holiday plans as a result of the news of the Zika virus hadn't yet committed to a booking. 91% of these simply picked a different destination, whilst 9% decided to not go abroad this year after all.

We asked anyone who had changed their destination choice, either before or after booking, where they were originally planning to go. The top five answers were:

Spain Saves The Day For Those Looking To Avoid Zika Worries

All those who had changed their destination were asked where they had chosen to go instead of their original choice, and the top five answers were:

Only 13% Of Travellers Changing Their Plans Are Planning A Family

Our research also revealed that 51% of the respondents who had changed or cancelled their holiday plans as a direct result of the news of the Zika virus admitted to not fully understanding the effects of the virus. 13% of the people who cancelled or changed their holiday plans due to the Zika virus said that they were planning to start a family or conceive again in the near future.

It's very clear that the Zika virus has clearly disrupted many people's travel plans. We think it's good to see that people are being so cautious, but judging by the number of people who don't fully understand the virus and its risks, more needs to be done to educate holidaymakers about it. Some people may be changing or cancelling travel plans unnecessarily, so it's worth looking into all the facts before making any decisions.
4.8 Rating 13316 Reviews
96%
reviews recommend Sunshine.co.uk
Customer satisfaction
ATOL Protected
£1 Hotel deposits
£30pp Holiday deposits