Who Said Boozy Beach Holidays Were Just for 18-30s?

The phrase '18-30s holiday' immediately conjures up images of binge drinking, a temporary nocturnal existence and promiscuous shenanigans. So, is it exclusively people between the ages of 18 and 30 that venture abroad for these kind of holidays?

Not according to our latest research! We polled 2,764 UK adults aged 40 and over, each of whom had been on a 2014 summer holiday. We asked them all about the kind of trip they'd been on and what their holiday preferences were. 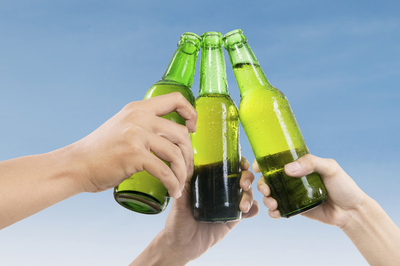 When we asked if the break they had been away on in the summer was a typically '18-30s' style holiday, involving late nights, bars and alcohol, 24% of those polled said 'yes'. So, we asked these people where this holiday had been, which revealed the following top five:

Anyone who had been on the type of holiday normally associated with younger adults was asked why they had opted for that kind of break. 41% said it had been to 'let off some steam', whilst 16% said they had been a guest on a hen or stag do and 11% said they went away on that kind of holiday following a break-up.

When asked how much alcohol they had drank on the 18-30s style holiday, the average answers amongst the relevant respondents were 20 units per day for the female participants and 27 units per day for the male participants. Furthermore, when those who had been on an 18-30s style holiday were asked how often on the trip they'd been hung-over, if at all, 37% of the respondents said 'daily'. Who wants to spend the days of their break confined to their hotel bed with only a sick bucket for company?

Cruising breaks most popular amongst those aged 40+

The most popular holidays amongst those aged 40 and over were cruising breaks (38%) and laid back beach breaks (31%), according to our poll.

Booze-fuelled holidays are clearly not just for 18-30 year olds! Perhaps resorts like San Antonio and Magaluf are being taken over by the older generations now, as they look to let off some steam and party hard.

Holidays should be about doing what you want to do, not what everyone else does or says you should be doing. If you can keep up with the youngsters, go for it!
Trustpilot
ATOL Protected
£1 Hotel deposits
£30pp Holiday deposits