Who do you trust more, male or female pilots?

Every passenger wants to feel at ease when they hear the pilot's voice come over the tannoy before takeoff. They're looking for a reassuringly confident voice and one that makes them feel as though they'll be taken from A to B safely. Since carrying out research a few years ago which revealed passengers to be least at ease with a pilot who had a Birmingham accent, we wanted to find out if the gender of the pilot ever influenced how comfortable airline passengers felt.

We spoke to 2,367 people aged 18 and over from around the UK who had been on holiday abroad in the last 12 months and we asked them about their airline experiences.

Half of Britons are less likely to trust a female pilot

When we asked if the sex of a pilot ever affected the level of trust they had in a pilot's ability, 51% unashamedly admitted that they were less likely to trust a female pilot. Needless to say, we were flabbergasted by this confession!

14% said they were less likely to trust a male pilot and 26% said that the sex of the pilot didn't affect their trust in the ability of the person flying the plane. What about the remaining 9%? Well, they were unsure how they felt about the subject (either that or they were too polite to say). 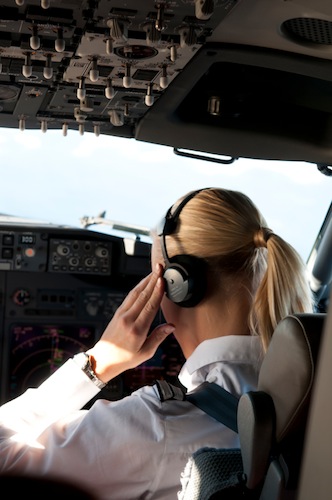 We wanted to find out exactly why so many people said that they'd be less likely to trust a female pilot. When we asked these people to give reasons, 32% felt that 'male pilots would be more skilled' and 28% seemed to think that female pilots wouldn't be very good under pressure. 10% tried to explain themselves by saying that they had never had a female pilot before and wouldn't know what to expect, which made them uneasy.

The majority, 61%, of the people we spoke to who said that they would be less likely to trust a female pilot were women themselves. Oh my, talk about sticking together ladies!

It seems as though a lot of people have certain stereotypes that they need to forget all about, because this kind of attitude in this day and age is ridiculous!
Trustpilot
ATOL Protected
£1 Hotel deposits
£30pp Holiday deposits