Which Fictional Places Would You Most Like To Visit?

With a lot of our free time spent indulging in TV series or the latest film releases, it's understandable that we'll sometimes wish we could be transported to the very places we're watching on the big screen, even if they aren't real life, actual places.

A discussion was sparked in the sunshine.co.uk offices recently, leading us to wonder where in the world (albeit the fictional one) people would most like to visit, given the chance. We polled 2,179 Britons aged 18 and over to ask them that burning question and here's what we found... 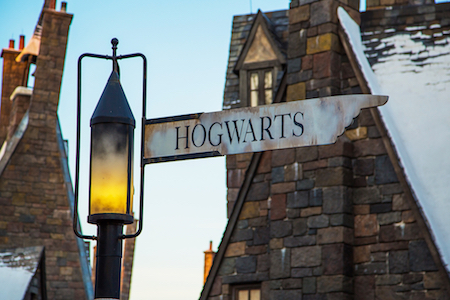 All respondents were asked which fictional places they would like to visit if they were real. When provided with a list of possible responses and told to select all that applied, the top ten destinations they picked were as follows:

Furthermore, one in six respondents taking part in our poll confessed to us that they had previously tried to look for or book a holiday to a destination which turned out to be solely fictional; and almost half (49%) agreed that they had been inspired by locations on TV, in films or in books when considering holidays. When asked to reveal to us which real destinations they had visited following inspiration from fiction, the top answers were 'New York' (39%), 'Las Vegas' (15%) and 'Marbella' (9%).

According to our poll, one in ten respondents (11%) admitted that they had considered booking a holiday that corresponded with a film or series that they liked, so that whilst they were there they could visit filming locations and sets.

Whilst it's a little odd that people want to visit animated fictional places (you know, because they just can't possibly be real), we're not surprised by how many people are left disappointed to find out that a destination they'd hoped to visit is fictional. We spend a lot of time and emotion investing into our favourite series or movies and it would be incredible to visit the filming locations to say you stood where your favourite characters stood also. However, whilst most films and series are based within real countries, the towns they're filmed in are usually fictional because they're largely filmed within a studio.