What Will The Future of Travel and Holidays Look Like?

In years to come, our whole experience of travel and holidays could be very different indeed. It's fair to say that whilst there have been some developments in commercial travel over the past couple of decades, it hasn't been anything major that has been widely rolled out. Nobody has reinvented the wheel or created time travel yet anyway, that's for sure.

We polled 1,784 people aged 18 and over from around the UK and asked them questions relating to predictions about the future of travel and holidays; amidst advancing technology and space travel. So, what did they think? 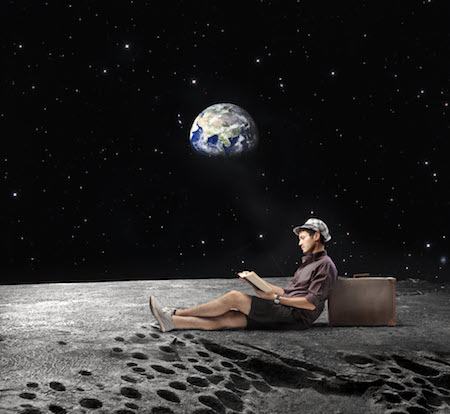 All respondents were shown a list of futuristic travel and holiday scenarios and we asked them to reveal which they believed would be possible and, if they did think they would be feasible, by what year. According to the results, the top futuristic travel opportunities Britons believe will be possible by certain years are as follows:

7% of the respondents taking part told us that they believed that time travel 'would be possible within 100 years', whilst 16% thought that travel time from London to New York could be shortened to just '1 hour' by the year 2045. 5% thought that airships for passenger transport, like the Goodyear blimp, would make a comeback by the year 2050.

All respondents were asked how they thought their own travel plans and preferences would differ in the future, in comparison to their past experiences and decisions. 32% of all the respondents taking part predicted that they would 'venture further from home' for their holidays in the years to come. Well, if their space holiday predictions are anything to go by then that could be true! Almost two thirds, 65%, thought that they would 'spend more money' on their breaks in future.

36% of the respondents taking part in the poll were of the belief that schools would relax their policies on term-time holidays for children in the future. Furthermore, 15% thought that child-free flights (on which young children and babies were not allowed) would be commonplace by the year 2030. Finally, 66% of all the respondents believed that there would be no high street travel agents left within ten years, with all bookings moving to be purely online.

With the way things are heading with advancements in technology, it's no wonder that people are starting to think towards what the future of travel may hold. It's a very exciting thought! We predict that future travel is going to be easier and more convenient for passengers, with quicker transport times and more 'out there' destinations... by which, yes, we do mean space. Tim Peake becoming the first British astronaut to head to the International Space Station will certainly inspire a number of young Britons to imagine what travelling to space would be like. With the direction in which technology is heading, it's a very real possibility.
4.8 Rating 13316 Reviews
96%
reviews recommend Sunshine.co.uk
Customer satisfaction
ATOL Protected
£1 Hotel deposits
£30pp Holiday deposits