Being spontaneous can sometimes seem a bit daunting, especially for those of us who like to plan things to the very last, tiny detail. However, sometimes making spur-of-the-moment decisions can be really exhilarating. How often are you spontaneous and where's the line between a last minute good decision and a careless one? 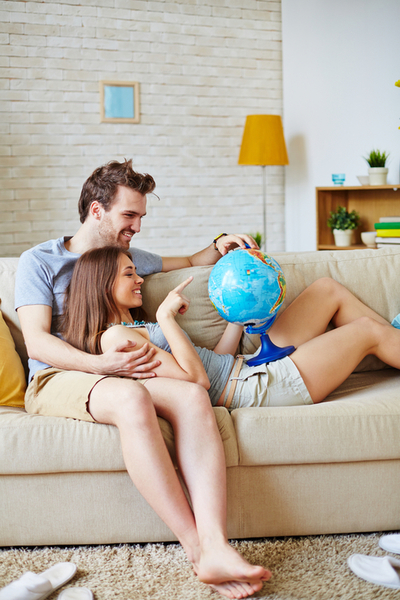 Well, we spoke to 2,187 people from around the UK in our latest poll and asked them all about how spontaneous they were. Everyone was aged 18 or over and had been on a holiday abroad in the last 12 months.


78% of Britons Describe Themselves as 'Not At All Spontaneous'

Yorkshire and Humberside was revealed to be home to the most impulsive residents in the UK; making up 18% of those who described themselves to us as spontaneous. However, we uncovered that those in the West Midlands were the least likely UK residents to make spur-of-the-moment decisions, making up 21% of all those who said they were not at all spontaneous.

People Are Least Likely to Be Spontaneous With Holidays

When asked which areas of their lives they were least likely to make spontaneous decisions in (and told they could give us more than one answer), the most common responses we heard were as follows:

We asked anyone who said that they weren't at all spontaneous why they felt this was the case. A 'need for control' was revealed as the top reason why (42%), following by a desire 'to research everything meticulously before making a decision' (33%). We can see why this might be the case with holidays, because it can sometimes help to seek out some past reviews and word of mouth recommendations. 11% claimed it was simply because they felt they were 'boring' as a person. 8% said that the opportunity to be spontaneous never came up.

There are always opportunities to be spontaneous and sometimes it's the spur-of-the-moment decisions that result in the best and most memorable experiences. Where holidays are concerned, whilst some planning is necessary to ensure you haven't accidentally booked a hotel that you're going to hate or a resort that isn't suitable, making a few impulsive decisions can mean that you end up having an even better time than you would have done if you'd have planned everything in exceptional detail. Live a little and be spontaneous sometimes; your older self will thank you for it!
4.8 Rating 13316 Reviews
96%
reviews recommend Sunshine.co.uk
Customer satisfaction
ATOL Protected
£1 Hotel deposits
£30pp Holiday deposits