The Great Mobile Phone Debate - To Pack, Or Not To Pack?

Many people struggle with the idea of being more than a metre away from their mobile phone at any given time. Some of us even sleep with our handsets under our pillows. So, what's the right thing to do when it comes to mobile phones and holidays? Should we take them with us?

In our latest poll, we spoke to 2,162 adults from the UK and grilled them about whether or not they tended to part with their mobile phones when they went abroad on holiday. Everyone we spoke to had been overseas on a break in the last 12 months.

When asked, 'Did you leave your mobile phone at home when you went on your last holiday abroad?' just 1 in 10 of the people we spoke to, 11%, said 'yes'. However, 67% of these same people admitted that they had found the decision to leave their phone at home 'difficult'. Well, we do seem to have become a nation of technology addicts! 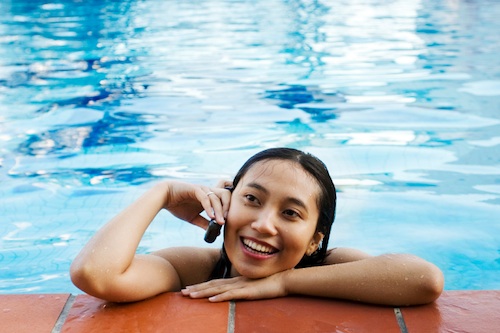 When looking at the reasons why people left their phones at home (for those who managed to make the tough decision) 55% did so to 'avoid the temptation of using it', whilst 11% said it was simply to 'avoid a large phone bill' and 7% admitted they'd forgotten to pack it.

Majority use phones 'frequently throughout every day' on holiday

We questioned those who did take their phone on holiday with them further. When we asked how often they used their phones during their last holiday abroad, 52% said 'frequently throughout every day'. 21% admitted to using their mobile phone 'once or twice a day' whilst on holiday and just 3% said that they didn't end up using the device at all.

Anyone who took their phone on holiday was asked if their phone bill had been higher than normal following their trip, to which 61% said 'yes'. When asked how much extra their phone bill (or phone credit, if on Pay as You Go) had been when compared to their average cost of usage, the most common answer was in the region of &pound20' extra. Ouch!

Most use phones for accessing social media on holiday

Asked what they mostly used their phones for whilst on holiday, the most common answer was 'accessing social media' (55%), followed by calling/texting someone back home (27%).

It's a real shame that people don't seem to be able to commit to a digital detox whilst on holiday. Back home, most people's lives revolve around technology, whether that's the TV, their laptops or smartphones, so it's a good idea to try and distance yourself from these kind of devices when on holiday to have a break. By taking your phone on holiday, especially a work mobile phone, you risk having your holiday interrupted by bad news or work demands. Nobody wants to worry about that when on holiday!
4.8 Rating 13316 Reviews
96%
reviews recommend Sunshine.co.uk
Customer satisfaction
ATOL Protected
£1 Hotel deposits
£30pp Holiday deposits