We all get that sinking feeling when we start our journey to the airport ahead of a holiday, with racing thoughts of what you might have forgotten this time. There's so much to remember when preparing for a trip away that it's really easy to overlook certain things when packing your case, but what items are most commonly left behind?

We polled 1,855 people aged 18 and over from around the UK, each of whom had been on a holiday abroad in the last 12 months, and asked them all about their trip; including whether or not they'd left something behind that they shouldn't have. 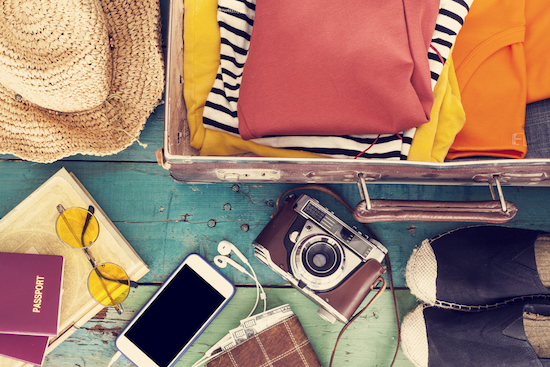 Sun Protection Cream, Toothbrushes and Cameras Most Often Left Behind

When we asked, 'Did you intend to pack anything before going on your last holiday that you ended up forgetting?' 75% of the people taking part in the poll said 'yes'. These people were then asked which item(s) they had forgotten, listing more than one answer if applicable, which revealed the following top 10:

Thankfully, only 4% had forgotten to pack their passport. Anyone who had forgotten something when packing for their previous holiday was asked if they'd subsequently ended up buying the item(s) in the airport or when they got to their destination, once they'd realised. The majority, 84%, told us 'yes'. We than asked these people how much they had spent on items they had to buy due to the fact they'd forgotten to pack them, to which the average answer was '&pound26.50'.

When we asked how long it took them to pack for their last holiday abroad, in total (i.e. if they did it over a few days). The average answer stated by men was '30 minutes', compared to '3 hours and 10 minutes' for women. The research also found that men are more likely to forget items when packing than women, making up more than half (57%) of those who said they'd overlooked something.

Perhaps men are more likely to forget items when heading away for a holiday because they spend so much less time on the packing process than their female counterparts. There's a lot to be said about taking your time over something important like packing a suitcase, as there are certain items that you really won't want to realise you've left behind!

Our top advice is to write a list of all the things you'll need for your holiday and tick them off as you pack them, double and triple checking your list before you set off for the airport!
Trustpilot
ATOL Protected
£1 Hotel deposits
£30pp Holiday deposits