Mobile Phones Most Common Items Left Behind On Flights

Carrying out a study on Britons travel experiences is educating, to say the least. We learn so much about what Britons do, for example we recently discovered that almost a third of Britons who have left items on planes happen to have left their mobile phones. And the chances of being reunited with your misplaced items are slim.

We ran a survey of 2,110 Britons aged 18 and over, all of whom stated that they had been abroad at least once in the past year and taken a flight to get there. 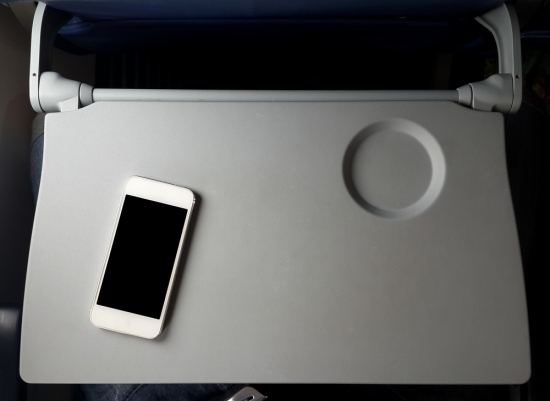 Britons Leave Behind Their Mobiles, Cameras and Wallets

The first thing that we asked our survey respondents was if they'd ever left any personal belongings behind on a plane before - accidentally - whether travelling to or from their holiday destination, and we found that an alarming 54% have. When we asked them what had been left behind, the top 10 items were revealed as:

Just 1 in 3 Have Got Their Belongings Back

According to the study, easyJet (11%), Ryanair (8%) and Monarch (7%) are the top airlines for accidentally leaving items behind on.

Almost Half Of Britons Don't Bother With Travel Insurance

In some instances, lost items can be covered by travel insurance, so we asked all those taking part in our study if they tend to get travel insurance when travelling abroad. We were shocked to learn that as many as 44% don't. When asked why, they stated they either didn't think they would need to use it (59%) or they didn't book any in a bid to save money (16%).

Finally, with so many Britons admitting to accidentally leaving items behind on a flight, we asked respondents if they'd ever found an item on a plane that belonged to the previous passenger, for example in the compartment below the fold down table, with 43% stating that they had.

There's nothing worse than accidentally leaving something behind, or you've lost something - especially considering the most commonly lost items are the most valuable; mobile phones, cameras and even wallets & purses. You'd think that these items would be the ones that Britons keep their eye on the most. It's vital that, before disembarking from your flight, you do a thorough search of the area where you're sat to ensure that you've collected all of your belongings and haven't left anything behind. Especially with so many not bothering to contact the airline upon realising they've lost something.
Trustpilot
ATOL Protected
£1 Hotel deposits
£30pp Holiday deposits