Know Your Currency Before You Head Abroad

When you've booked your holiday, packed your case and are heading to the airport, do us one little favour; check that the currency you're taking with you is the correct coinage for the destination in which you'll be spending your break.

In our latest research, we spoke to 2,173 people aged 18 and over from around the UK, all of whom had been on a holiday outside of the UK in the last three years. We asked them questions about holiday currency and their experience of it in the past. 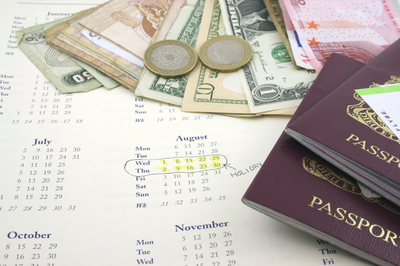 1 in 7 Britons has accidentally taken wrong currency on holiday

When we asked, 'Have you ever accidentally taken the wrong currency with you on holiday?' 14% of the respondents taking part said that 'yes', they had. We thought this was a pretty high number! We then asked these people what country they had been visiting when they had mistakenly taken the wrong currency on their holiday. The top ten answers we were given were as follows:

Most commonly mistaken currency in Turkey is the Euro

Only 16% of the people who had taken the wrong currency on holiday with them in the past told us that the money they had taken with them had still been accepted by cashiers... a lucky few! The remaining respondents said they'd had to resort to changing the currency during their holiday.

Taking the wrong currency on holiday can be a huge hassle, so it's really important that you double check what you'll need to take with you before you go. Sometimes, certain currencies will still be accepted in countries where it isn't the main currency. For example, the Caribbean Islands widely accept US dollars, so it's not going to be a problem if that's the currency you've decided to take; with the exception of Cuba. Still, there are no guarantees, so it's best to take the correct currency for the country you are visiting... just in case!
Trustpilot
ATOL Protected
£1 Hotel deposits
£30pp Holiday deposits