How to Avoid Pick-Pocketing on Holiday

Have you ever been unfortunate enough to be pick-pocketed whilst on a holiday abroad? In our latest poll, we wanted to find out if this was a common problem and, if so, which destinations this was most likely to occur in.

We polled 2,197 UK adults who had been on holiday abroad in the past 5 years and asked them if pick-pocketing had ever happened to them. 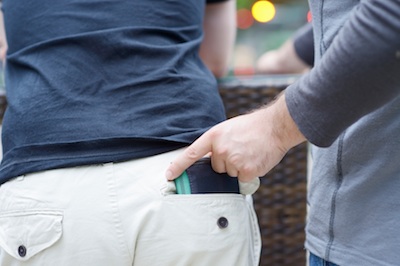 1 in 7 Britons have been pick-pocketed on holiday

When we asked the question, 1 in 7 respondents (14% of the people we spoke to) claimed to have been a victim of pick-pocketing whilst on a previous holiday overseas. This is a really worrying statistic, but the good news is there are ways to avoid this unfortunate incident.

So, what are the most likely holiday destinations for pick-pocketing to occur in? When we asked those who had experienced pick-pocketing on holiday where they had been at the time, the top 10 answers were as follows:

Holiday pick-pocketing most likely to occur when 'sightseeing'

Anyone who had been pick-pocketed on holiday in the past was asked if they had done anything about the theft, to which 67% said 'no'. What's more, 91% of these people had travel insurance which could have covered a pick-pocketing incident. Travel insurance is vital, as you never know what might happen on a holiday.

Here are sunshine.co.uk's top tips to avoid pick-pocketing on holiday:

1. Never use rucksacks when out and about on holiday, as pick-pockets find it easy to remove items from your bag without you even knowing. Unless you have eyes in the back of your head, leave the back pack in your hotel room! If you must take it out, wear it on your front.

2. Never count your money in public, especially in crowded places. Yes, it's great you've managed to save 500 euros for spending money, but don't advertise the fact to the whole of the resort. Thieves could be watching.

3. Take extra care in big crowds, as pick-pockets will often use this as an opportunity to bump into you and distract you from what they're really doing... stealing your purse.

4. Use money belts or concealed/zipped pockets to keep your valuables safe when out and about.

5. Never leave anything unattended - if your favourite beach bar has an inviting dance floor then, by all means, dance the night away. Just don't leave your bag on the table whilst you boogie.
Trustpilot
ATOL Protected
£1 Hotel deposits
£30pp Holiday deposits