Do You Worry About Work On Your Holiday?

When you're out of the office and leave a list of things to get done whilst you're gone, you're bound to worry and check your emails. Has the work been done? Do the team understand the information I left them? Have I got any emails asking me any questions?

We all admit to thinking about work when we're just taking a bit of time off, but not doing particularly doing anything with that time off, but do you worry about your job, work and clients when you're on your holiday? We've spoken to 2,178 Britons aged 18 and over about what bothers them or worries them when they're on holiday to determine the top holiday anxieties that we share. 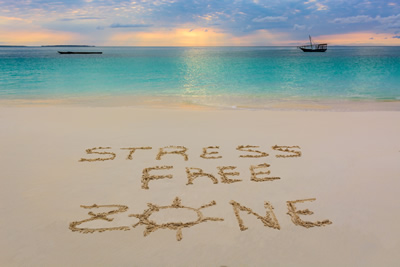 Falling behind at work is our biggest anxiety

Firstly we asked everyone taking part if, when they last went on holiday, they had any worries or anxieties leading up to their trip or during the trip - to which 78% admitted they did. We wanted to determine exactly what the most common ones were, so provided these respondents with a list and told them to select more than one answer if they wished. The top 10 results were as follows;

Britons worry about nothing

Everyone who stated they'd been worried were then asked if anything they had been worrying about had happened, of which almost all respondents, 88%, admitted they it hadn't. Furthermore, when asked why they had been so worried in the first place, 53% of those admitted it was because they'd wanted their holiday to be perfect.

This just goes to show that whilst we put a lot of pressure on ourselves to have the perfect holiday, we just end up winding ourselves up in the process. We don't need to be worrying, but we'll always find a reason to worry. There are many things you can do to make going on holiday far less stressful in the lead up than it needs to be; making a list of everything that needs doing and tick it off, and make a list of everything you need to take, again ticking it off the list once done. Eventually you'll have lists that are completed and hopefully will find yourself having nothing to worry about other than how you're going to wake the family up in time to leave the house and catch your flight.
4.8 Rating 13316 Reviews
96%
reviews recommend Sunshine.co.uk
Customer satisfaction
ATOL Protected
£1 Hotel deposits
£30pp Holiday deposits