Do you ditch your belongings on holiday?

We've all been there - you've got a little too carried away at the local market when on holiday, and you've purchased too many souvenirs or gifts to be able to jam your suitcase shut. But how far do we go to take our new purchases home, and what do we do with the items that simply won't fit into our suitcase any more? We have conducted some new research to find out just that, and the results were pretty surprising.

We spoke to 1,254 holidaymakers to ask them about their experiences of over packing - asking them about the purchases they've made abroad in the past, and how this has affected their return packing.

We asked if those taking part had ever deliberately left items behind when on holiday, in order to make room for new purchases. According to the results, 26% of respondents said 'yes'- they had left items behind in favour of new things bought whilst on holiday. 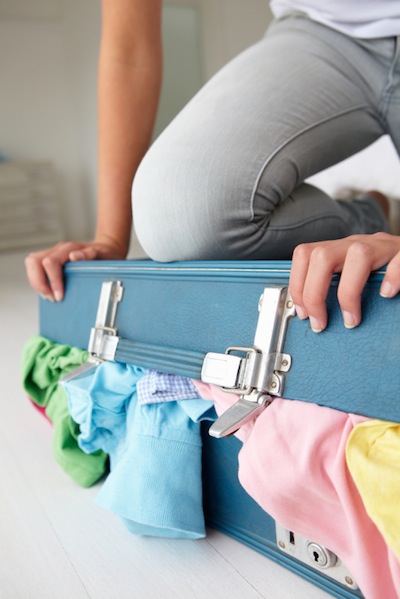 Towels and clothes are most likely to be left behind

We asked those who admitted to 'ditching' their belongings when returning home from a holiday what they had left behind in the past. According to the results, 56% of people have left towels behind, whilst a whopping 41% have even left their clothes behind. Other popular items 'ditched' on holiday were toiletries, inflatables and books.

But what do we make room for?

The question begged what holidaymakers are actually making room for when leaving their belongings behind; so we went ahead and asked. According to the findings, wine and cigarettes were the most popular holiday purchases that belongings are ditched in favour of, whilst spirits and souvenirs also featured on the most popular list.

It seems that vices are by far the most common reason for ditching belongings- and whilst this can seem harmless, 69% of us have been stung by overweight baggage charges when going on holiday. Make sure your new purchases aren't costing you more than you anticipate!
4.8 Rating 13316 Reviews
96%
reviews recommend Sunshine.co.uk
Customer satisfaction
ATOL Protected
£1 Hotel deposits
£30pp Holiday deposits