It often feels like we've taken somewhat of a backwards step when it comes to air travel, since Concorde took its final flight. Gone are the days when people could just nip over to New York on a three and a half hour flight from London.

We got to thinking all about supersonic air travel and what people's thoughts on the subject were, so we polled 2,643 people aged 18 and over from around the UK and asked them questions surrounding travel and transport relating to holidays. 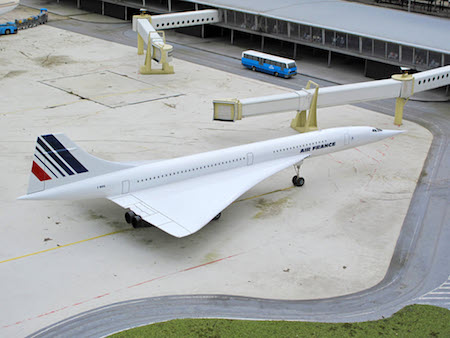 We asked everyone taking part the question 'Would you like to see the return of supersonic passenger jets like Concorde?' to which almost all, 97%, of the participants said 'yes'. The remaining 3% who said that they wouldn't like to see supersonic passenger jets make a comeback were asked why, to which the majority (66%) told us that they didn't think they were safe and 21% said they thought they'd be 'bad for the environment'.

When we asked what their flight time limit was, 35% of the respondents said they refused to travel anywhere with a flight time of five hours or more; ruling out long-distance destinations like the Caribbean, Thailand and America. All respondents were asked if they would book more long-haul holidays if travel times were considerably shorter, to which 80% said 'yes'.

We asked everyone what, if anything, put them off long distance travel, to which the number one answer emerged as 'travel times' (52%), followed by 'travel anxieties (e.g. fear of flying), an opinion that 34% of the respondents shared.

People were then asked when they thought supersonic passenger jets would make a return to the world's airspace, to which the majority (77%) said that they thought a service of this kind of would be available to the public 'within five years'.

Supersonic passenger jets would make long distance travel so much more appealing. Often, people will be put off the idea of visiting places like the USA, Caribbean and even further afield destinations like Australia due to the travel times; whether it's because they fear flying and don't want to put themselves through such a lengthy trip, or they just don't want the exhaustion of the journey. I think when it comes to supersonic air travel, it's not a matter of if, but when! It will be interesting to see what the future holds.
Trustpilot
ATOL Protected
£1 Hotel deposits
£30pp Holiday deposits