Britons Say Their Happiest Memory was during a Holiday

Majority of Britons say their happiest memory was during a holiday and a quarter claim their FIRST EVER memory was on holiday.

Here at sunshine.co.uk, we can reveal that the majority of Britons say that their happiest memory was from a holiday they had been on. School years, wedding days and the birth of a child were revealed as the other most common scenarios 'favourite memories' to manifest and a further 23% said their earliest memory as a child was on holiday.

We conducted the poll as part of research into the holiday memories of Britons and how they factor compared to other memories. 2,537 people aged 18 and over from around the UK took part in the study and we asked questions about their favourite and earliest memories. 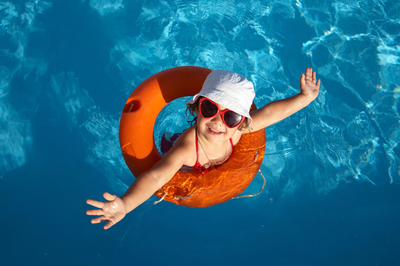 Firstly, we asked, 'When thinking back to your earliest childhood memory, where were you at the time?' the most common answers were revealed as follows:

We then asked, 'When thinking of your favourite memory, where were you or what were you doing at the time?', the most common answers were:

All those who had been on a holiday before, regardless of whether it was a favourite or earliest memory for them, were asked what made a vacation particularly memorable. The majority (51%) said that it was the people they spent a holiday with that made a trip memorable, whilst 34% said it was the experiences they had while on the holiday.

Chris Clarkson, our MD had the following to say:

"Holidays are definitely a more special time for all of us, so that explains why some people's earliest memories are from a childhood vacation. Many of my favourite memories were spent on holidays, but to see them ranking so highly compared to other memories was definitely a revelation. I know not everyone we spoke to was married or a parent, but it just goes to show how holidays have a special place in our hearts!"
Trustpilot
ATOL Protected
£1 Hotel deposits
£30pp Holiday deposits