Britons Believe Trump Will Stop Them Holidaying In America

No matter what part of the world you live in, the big news for quite some time now has been the US Presidency and who was going to win in. Last week Donald Trump beat Hillary Clinton to being the new US President-Elect and is set to take office in January, superseding Obama.

But what do Britons believe that this means for them, in terms of travelling to the States? 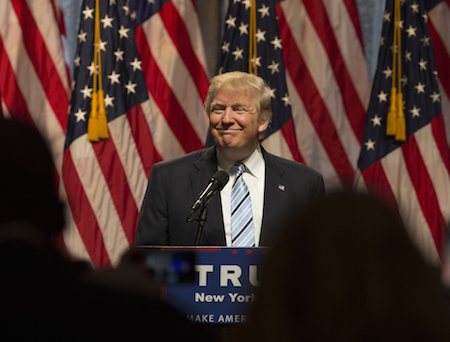 Bookings To America Have Dropped

We analysed booking data from our website to see how Trump becoming President-Elect may affect holiday bookings to America... first we looked at the bookings between Wednesday 9th November (when he won the election) and Monday 14th November, in comparison to the same period of the week before. What we saw was that searches for trips to America had dropped 55%, with bookings dropping by 27%.

For a direct comparison, we looked back at October too and what we found was that searches for American holidays had dropped by 61%, with bookings dropping by 38%.

That's a big drop - by week and by month.

Britons With Holidays Booked To America Are Now Worried

Wanting to elaborate on the data we looked at, we polled 1,000 British adults between Thursday 10th and Monday 14th November. What the results of the survey showed was that 19% are worried they won't be allowed to visit America under Trump's presidential rule. Of the 19%, less than a quarter thought that this was because of their ethnicity or religion, whilst the majority (61%) felt it was because of Trump's plans to 'build a wall' and his views on border control.

Of those we polled, 12% already had plans to travel to America within the next 12 months, with two thirds of those (66%) now being worried about their travel plans. When we asked them why they were worried, they cited they were worried because of riots and protests that are taking place (23%) and worrying about how the election will affect the cost of their holiday - either the booking itself or their spending money.

Only Time Will Tell

Trump winning the election has definitely caused some uncertainty around the world. What will he do? When will he do it? How will it affect me? We can see this simply in the drop of searches and bookings for holidays to America since he became President-Elect. Whilst it seems to be throwing Britons plans into turmoil, he's not going to be in a position of power until January, and even then it will take time for him to pass anything, so for the time being we'd advise Britons not to panic.
Trustpilot
ATOL Protected
£1 Hotel deposits
£30pp Holiday deposits