Are you an airline snob?

When you book a flight, what is it that you prioritise? Some people look for the cheapest deals, whilst others look for positive reviews. A seasoned traveller might look for an airline with a good loyalty or frequent flyer scheme, and the more occasional holidaymakers might just book the first flight they find.

We polled 2,265 UK adults, all of whom had been on holiday abroad in the last 12 months on a plane, and asked them why they picked the airlines they used.

Majority of holidaymakers base airline on 'lowest price'

It was no surprise that the majority of holidaymakers based their flight choices on the airlines offering the lowest prices, but here was the full breakdown of reasons when we asked what factors influenced the booking choice:

A fifth of flyers admit to airline snobbery

Shockingly, as many as 1 in 5 holidaymakers said that they based their airline choice on the type of people they might experience on the flight with them. As if this kind of airline snobbery wasn't bad enough, 1 in 10 people (9%) said they based their flight choices on how attractive they thought the cabin crew might be. Cheeky! 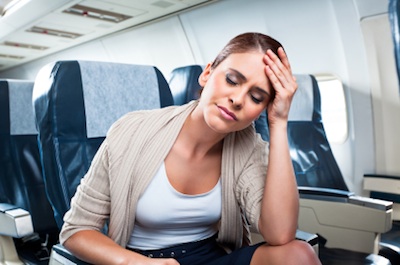 It seems like absolute madness to us that some base their airline booking on their potential fellow passengers. In most instances, you aren't going to be on a plane for all that long and, even if you are, you can always drown out other passengers with some head phones and a good movie. We'd recommend saving as much money on your flights as possible, so if that means going with a budget airline then so be it. Besides, people from all walks of life use budget airlines, so get rid of that snobby attitude and save your pennies!
Trustpilot
ATOL Protected
£1 Hotel deposits
£30pp Holiday deposits