An Extra Week Off For October Half Term Hits Parents Financially

This year, for the first time, some schools extended the October Half Term holiday by an extra week, meaning parents had to arrange various means of childcare or keeping the little ones entertained. That was all bound to cost money, so we set out to discover what the financial impact of this extra week off was on parents' bank balances.

We polled 1,672 parents with school aged children from around the UK, all of whom had been faced with their kids having an extra week off school for the October Half Term holiday, which previously had only been a week long. 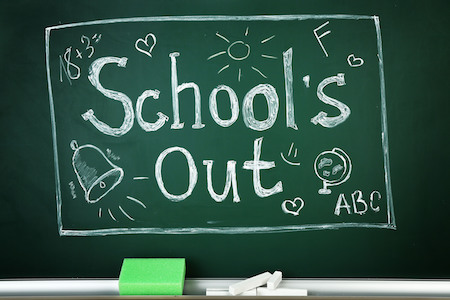 Parents Spend &pound380, On Average, During Extra Week Off School

We asked all the parents taking part 'How much extra did the October half term cost you, due to the additional week off?' and asked them to take into account anything they spent during the second week on (or because of) their children. The average cost was revealed to be &pound380.00 extra, once all answers were taken into account. They were then asked what they spent most on during that extra week off in the half term holidays, which revealed the following top five answers:

76% of the parents told us that they'd rather go back to their children having just one week off for the October half term, with 53% admitting that it had caused 'problems with work' for them. We aren't surprised!

All parents were asked what activities they had turned to in order to entertain their children during the most recent half term holiday. The most common answers were 'theme parks' (17%), 'zoos/wildlife parks' (15%), 'cinema' (12%) and 'arts/crafts' (11%).

The majority, 87%, of the parents taking part in the research admitted to us that they relied on the TV and gadgets (such as phones and tablets) to entertain their children during the most recent half term holiday, whilst 16% confessed that their kids didn't leave the house for more than 5 days in total over the course of the whole half term break.

The extra week off that some parents were faced with over the most recent school holiday break was always going to be a bit of a financial shock. Whatever the half term normally cost them, it was bound to double. Shortening the summer holidays is no bad thing though; six weeks is a long old stint for parents to find childcare over and keep boredom at bay, so five weeks is more than enough!
Trustpilot
ATOL Protected
£1 Hotel deposits
£30pp Holiday deposits