A Look At City Breaks - Home Vs Abroad

The city break is often overlooked in favour of a beach holiday, but these kind of trips can offer great experiences and activities. Destination like Rome, New York and Barcelona are always a popular choice with holidaymakers, as are places such as Palma in Majorca, which lets you combine that beach break with the buzz of city life and all the history that comes with it.

We spoke to 1,530 people who were all aged 18 or over and we asked them about what cities they'd been to around the world. What we found out in this latest poll of ours was rather surprising! 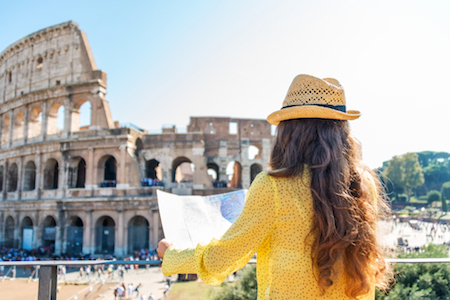 68% of the respondents told us that they had been to more UK cities than ones abroad, whilst the remaining 18% said they had visited an approximately even number of UK and overseas cities. When everyone taking part was asked to list what cities overseas they had visited, the five most commonly named places were as follows:

Next up, we asked respondents which cities they had visited in the UK, aside from the closest city to their home (i.e. where they lived or close to where they lived if they resided in a town or village). The five most common answers were as follows:

57% of the people taking part had been on a UK city break in the last 12 months, compared to 61% of people who had been on an overseas city break. When those who'd taken a UK city break were asked how much it had cost them (including accommodation, travel and spending whilst there) the average amount stated was &pound278.00 per person.

However, when we asked those who had been on a city break abroad the same question, the average answer stated was &pound256.00 per person; meaning that UK city breaks are, on average, more expensive. Surprised? We really aren't. UK travel can end up costing a small fortune!

When most people picture a holiday, they imagine a beach, sunshine and a cocktail or three. People often forget or fail to realise that city breaks can be fantastic holidays. Of course, they aren't as relaxing as a beach break, but that's not to say you won't come home wanting more.

From the bright lights of New York to the ancient history of Rome, there are so many cities around the world just waiting to be explored. I honestly wasn't surprised to hear that UK city breaks work out to be more expensive, on average, because there are so many cheap flights available to overseas cities now and great accommodation deals that it often makes sense to venture out that bit further. However, we shouldn't ignore the great cities on our doorstep either.
Trustpilot
ATOL Protected
£1 Hotel deposits
£30pp Holiday deposits