24% of Holidaymakers Are Hungover EVERY DAY on Holiday

Holiday season is just around the corner and the brighter, sunnier days here in the UK are getting everyone into the spirit. We can just picture the scene now; poolside lounging with cocktails in hand and long, lazy days in the sun. For a lot of people, alcohol automatically springs to mind when they think about their holidays' and why not?! If you can't kick back with a drink or two on holiday, when can you?

However, drinking on holiday can often lead to a headache or two and people need to be careful not to spoil their days because of a heavy session the night before. We polled 2,636 people to find out more about people's drinking habits on holiday. All of the respondents to this poll were aged 21 or over, from the UK, and had been on holiday in the last 12 months. 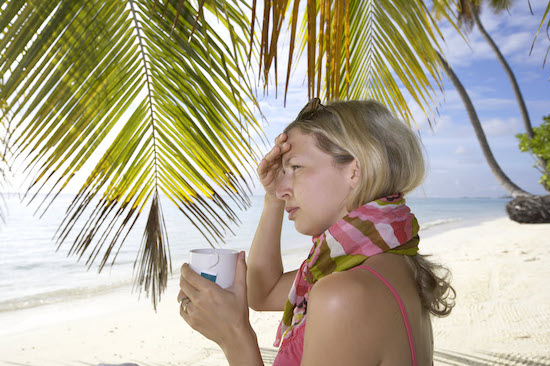 Average Holidaymaker Spends &pound189 EACH on Alcohol Over 7 Days

Initially, any respondents whose holiday was not all inclusive (62%) were asked how much they'd spent on alcohol, on average, per day on holiday. If they didn't drink, respondents could state '&pound0'. Once we analysed all of the answers, the average alcohol spend per day on holiday was revealed to be '&pound27' each. When looking at this spend over a 7 day period, that equates to a whopping &pound189! Respondents told us that they spent an average of &pound1,050 per person for their travel and accommodation, meaning that the average holidaymaker's alcohol spend equates to almost a fifth (18%) of the cost of their trip.

Jamaica is the Hangover Holiday Hotspot

We asked all respondents how often they had a hangover on their last holiday abroad, to which 24% admitted it was 'every day'. These people were asked where they had been holidaying when they experienced these daily hangovers, to which the top five answers were as follows:

Relevant respondents were asked how the spent the days on holiday when they were hungover, to which 26% said 'in my room recovering', 24% said 'lazing on a sun lounger' and 13% said 'drinking more alcohol'. The people taking part in the survey were asked how the amount of alcohol they drank on holiday compared to their habits back home, to which the majority (76%) told us they drank 'much more' on holiday than they did at home.

It's often hard to know when to stop when drinks are literally on tap with an all-inclusive deal, but we would've thought that those paying for their drinks wouldn't go too overboard for financial reasons. So, to see that average spend of &pound189 over a 7 day break is pretty surprising! Holidaymakers, know your limits and don't drink so much that you spend much of your trip hungover!
Trustpilot
ATOL Protected
£1 Hotel deposits
£30pp Holiday deposits