Which Hit TV Series Is Making People Want To Holiday In Croatia?

Croatia is a beautiful holiday destination; renowned for its stunning scenery, rich history and Mediterranean climate. But now there's something else that's luring people to visit... Game of Thrones! If you're not a fan of the hit HBO series, you probably know at least several people who are. If you are a fan, you might know that a lot of the show was filmed in Croatia.

With Season 6 now underway after it came back to UK screens on Monday 25th April, we've been keeping a close eye on Croatian holiday bookings and searches in the run up to the return of the programme, to see if its cult following was having any sort of impact on people's interest in the country. 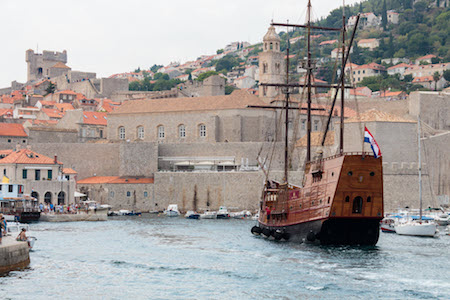 In the two weeks leading up to the return of Game of Thrones last Monday, we noted more than 3,100 searches on sunshine.co.uk for 'King's Landing' holidays; despite the fact this is actually a fictional location that was filmed in the medieval city of Dubrovnik... the 'jewel of the Adriatic' and not the capital of the Seven Kingdoms.

However, those more in-the-know about the filming locations were also seemingly on the hunt for a Game of Thrones experience, because in the same time period searches for Dubrovnik holidays increased by 71% when compared to the same time the previous month and bookings rose by 26% on our site. We'd put money on the fact that this was something to do with the return of the show.

Searches for 'Croatia' in general increased by 85% when compared to the same time frame during the previous month and bookings across all Croatian destinations and resorts were up 31% on sunshine.co.uk.

Other terms searched for on our site during this time period included 'Game of Thrones tours' and 'Game of Thrones filming locations'. Fans will be pleased to know that there are plenty of tours and experiences linked to the fantastical television series in Croatia, so they really will be in their element if (or should we say, when) they visit.

Croatia is a really beautiful destination which is within easy reach of the UK. It's very much still an up and coming holiday location, because it still retains a somewhat undiscovered status. There are so many small islands to explore and so much culture and history to soak up, as well as the year-round sunshine, so it's not difficult to see what the appeal is.

With all of this to offer and the fact the country has been thrown in to the limelight somewhat thanks to Game of Thrones and the TV show's massive following, it isn't going to remain undiscovered for very long. People wanting to visit should do so now!