How Over Planning Your Holiday Can Actually Ruin It

Mapping out every single day of your holiday down to the last minute can mean that you get to squeeze an awful lot in, but is it really a good idea?

We polled 1,478 people aged 18 and over from around the UK and asked them questions about how they planned for their holidays. Everyone we spoke to had been away on holiday abroad in the last six months. 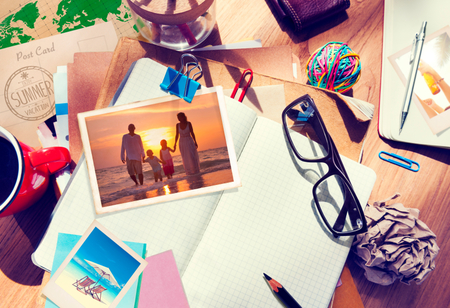 Two fifths of holidaymakers admit to over planning

We asked everyone how much planning they had put into what they'd do whilst they were on their last holiday, before they'd actually left. The top five answers were (drum roll please):

Half admit that over planning their trip limited their experience

All respondents who told us that they'd 'over-planned' their last holiday abroad were asked what impact the preparation had on their trip, to which more than half (52%) claimed that it had limited their experience and they'd actually ended up missing out on impromptu sights or activities.

Getting lost whilst on holiday often leads to the best experiences, because you stumble across places you wouldn't have otherwise seen unless you were wandering around. 32% said that their over-planning had made their holiday the 'best it could be'. Well, if done right, careful planning can certainly allow you to get the most out of your trip. You must leave some free time though!

Of the respondents who said they 'over-planned' their last holiday abroad, 37% told us that they'd been on a beach break, compared to 44% who had been on a city break.

Three quarters of holidaymakers argue about how to spend their time

Our poll also revealed that 77% of holidaymakers end up arguing with someone they're on the trip with about how to spend their time. Hands up, who's been there? They are most likely to argue with their 'partner' (27%), 'parents' (23%) and 'children' (21%) about what to do on the holiday.

Deciding how to spend your time on holiday can be a tough one. It's likely that you will want to relax for a large chunk of the trip, but you also won't want to miss out on what the destination you're in has to offer.

Too much planning can make things seem a bit of a chore and can take the enjoyment out of your trip, not to mention that it could end up leaving you exhausted and feeling as though you didn't even have a holiday. Our advice? Go with the flow!
Trustpilot
ATOL Protected
£1 Hotel deposits
£30pp Holiday deposits