When shopping on holiday, there are certain rules and regulations you need to be aware of when bringing goods back into the UK, such as total value limits and restrictions on selling items. Do you know these restrictions and could you (knowingly or unknowingly) be breaking the rules?

We polled 2,870 people aged 18 and over from around the UK in our latest survey, all of whom were planning a holiday this summer outside of the EU and travelling by plane. We quizzed them anonymously about their plans for duty-free shopping and what they were intending to return home with. 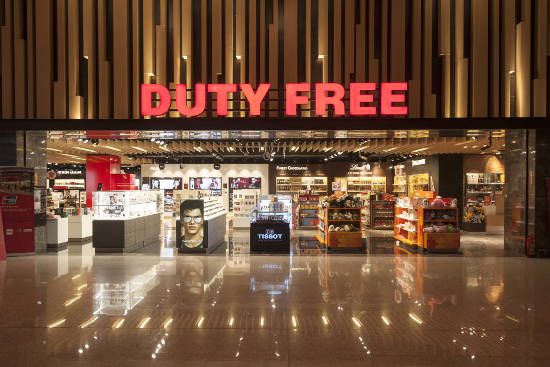 81% of Holidaymakers Are Unaware of Value Limit on Souvenirs

First, all respondents were asked if they were aware of the rules around the quantities of limited goods that are able to be freely brought into the UK from a non-EU country, without declaration at customs. Two thirds of respondents (67%) were unaware of the 10,000 euro (or equivalent) cash limit, half were unaware of the 1 litre alcoholic spirits limit and a third (34%) were not aware that only 200 cigarettes are permitted to be brought into the UK per passenger.

When we asked, 'Do you plan to bring back duty-free items from your next holiday, e.g. cigarettes and alcohol, to sell upon your return to the UK?' to which more than a quarter, 27%, stated that they did. Of these, the majority (64%) planned to 'buy specific items to sell to friends and family members', while a third (32%) intended to 'sell items through Facebook, other social media sites or buying/selling sites'.

Of these, no respondents stated that they would declare the items at customs or for income tax assessment. The average profit made by those respondents who had previously sold duty-free items was &pound105, although one respondent confessed to us anonymously that they had made &pound3,000.

Many travellers take advantage of the duty-free shops, looking forward to a spot of airport shopping just as they would a cocktail on the beach, some sunny sightseeing or that glowing holiday tan. The thing that many holidaymakers don't realise is that just a couple of airport buys, such as a few bottles of perfume or pieces of jewellery, add up and can quickly approach or even surpass the value limit.

Airports are often chock full of great shops and, because holidaymakers are likely to have a couple of hours to kill there, they can be an ideal place to load up on duty-free buys. While most of the time this is entirely harmless and a fun way to start or end a holiday, especially if you have currency left to spend, it's the traveller's responsibility to ensure they know the rules - and stick to them. Nobody wants to come home to face penalties, or worse!

So, be sure to read up on the rules before you go on holiday.
Trustpilot
ATOL Protected
£1 Hotel deposits
£30pp Holiday deposits