Do You Snap Celebs On Your Holidays?

The majority of us aren't fortunate enough to see celebrities on a regular basis, going about their daily lives; doing their grocery shopping, getting their hair done or spending quality time out and about with their families. But what's the best way to react when you do spot a celebrity? Do you ask for a picture? Do you scream and fan-girl? Or do you take a sly picture of them walking down the street, claiming that the tuft of hair in the picture is in fact your favourite celebrity?

We decided to poll 2,430 who have been on holiday abroad at least once this year in order to understand more about the influence of celebrity culture when it comes to booking holidays. Do Britons book holidays that celebrities regular visit? Do they book holidays off the back of rumours that a certain celebrity may be there at the same time? 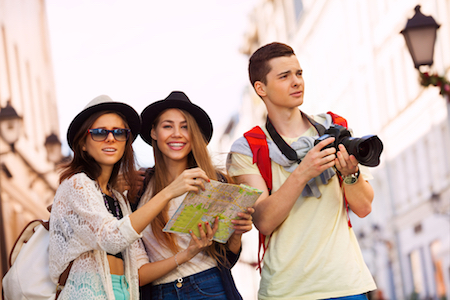 31% of Britons have papped a celebrity whilst on their holidays

We started off by asking the respondents if they've ever taken a picture of a celebrity whilst they were on holiday, to which 31% admitted they had. Of those, 22% admitted that they had taken the opportunity to ask the celebrity for a photograph together.

On a funnier note, 76% of respondents found themselves pondering a few hours later whether they had in fact met a certain celebrity or if they had been caught up in the excitement and mistaken a random lookalike for a celebrity. It's no surprise though - you regularly see pictures floating around social media of people with a celebrity, only to have their dreams shattered by someone pointing out it wasn't the celebrity, just a lookalike. There have even been those who have been suckered in to having their picture taken with someone they believe to be a celebrity, only for the person to look nothing like said celebrity. Cringe. Wouldn't want that to be you.

Two thirds just want the photo to be able to brag

We then asked our respondents why they had taken the pictures, with the most common responses being 'to brag on social media' (66%), 'to sell the picture to a newspaper/magazine' (12%) and 'keep it as a memory of the trip away' (8%).

It's a bit sad that in this day and age some people instantly see dollar signs when they see a celebrity and wonder what sort of money they can get for saying a celebrity was somewhere and having a photo to go along with it. Don't get us wrong, there are plenty of sites that would pay for that, but they're human too - maybe they want to get away for a bit of peace and quiet, away from the prying eyes of the paparazzi.

When we asked what the celebrities were famous for, the majority of our respondents, 62%, stated the celebrities that they had encountered were famous because of reality TV. Coming in a not-so-close second, 21% said they had been fortunate enough to see a soap star. Both of which are tricky because you have to watch a certain programme or read celebrity tabloids in order to know who they are. What are the odds you've walked past a tonne of famous people and had no idea who they are? That's a missed opportunity right there.

Can you imagine how cool it would be to see a movie actor of a famous singer / band though? It's no surprise they're less likely to be seen whilst you're on your holidays though, they're busy jetting off to the most remote places in the world. Something most of us can only dream about.

Whilst over half of Britons in our poll, 52%, admitted that the celebrity lifestyle and culture plays no part in them booking their holidays, 23% admit that it did as they were hoping to spot some celebrities.

Whilst it would be great to see a celebrity whilst we're on our holidays, as a nice little anecdote to slip in whilst we're telling stories of what we did and where we went, you work hard in order to be able to go on a holiday - it should be spent relaxing, taking in the sites and enjoying quality time with your loved ones. Obviously if you're booking your holiday with the sole purpose of celeb spotting and that's your thing, go right ahead. But what if you weren't to see a single celebrity whilst you were out there? You'd come home sad and disheartened. After a holiday you want to come home happy, feeling refreshed and ready to tackle your day-to-day real life.
Trustpilot
ATOL Protected
£1 Hotel deposits
£30pp Holiday deposits