Who would you least like to go away on holiday with, if you had to name somebody? Who do you think would make your trip away more 'hard work' than 'holiday'?

Well, we've polled 1,668 Britons aged 18 and over and asked them all about their holiday preferences, so that we could find out more about how people prefer to spend their time away; and, more specifically, we wanted to know who people would least like to travel with. 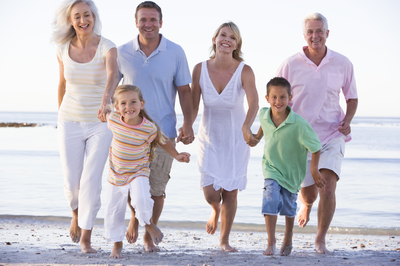 In-Laws voted as worst holiday companions, above boss and ex-partner

Initially, we asked all of the respondents to provide details of their worst possible companion to travel on holiday with. Everyone could select all answers they felt were applicable (so, more than one if needed), which revealed the following top five:

In order to understand the results further, we then asked those who had selected their in-laws to provide the reasons for their choice. The majority (45%) said that they did not 'see eye-to-eye' with them, while 31% stated that their 'preferred holiday activities would differ' and 22% told us that they 'would not be able to relax' if accompanied by their in-laws on holiday.

The survey then asked all respondents to detail which holiday type would be the worst if accompanied by their undesirable companions. 56% of respondents stated that a cruise would be the worst holiday type, followed by 27% who would least like to go camping and 17% who said a cottage/villa break together would be their most unpleasant holiday if accompanied by their undesirable companions.

Furthermore, 67% of those who told us that their in-laws would be their worst holiday companion(s) revealed that they had previously been on holiday with them.

We all know what it might be like to go on holiday with people who we think could be annoying; after all, there is little opportunity for escape and you need to enjoy your holiday, especially if you don't have the opportunity to get away very often and have spent hard-earned money on your vacation. It appears that the old-fashioned jokes about the in-laws still ring true today!

It's not surprising that holidays spent in close confinement are the least favoured when it comes to the idea of travelling with undesirable companions, so there is still hope for having a holiday with the in-laws and enjoying it so long as you each have your own space. As with anything, if you're planning a holiday with others, make sure you take into account everyone's tastes so no one feels they've missed out on having a great holiday.
Trustpilot
ATOL Protected
£1 Hotel deposits
£30pp Holiday deposits