Who Looks After Your Home When You're On Holiday?

When you're heading off on your holidays, there are always multiple things to consider. Who's going to feed the cat, water the plants and check that your home isn't invaded by aliens or, worse, burglars, whilst you're not there?

Getting someone to stay in your house when you're away, or at least check in every now and again to see that everything is hunky dory, is really re-assuring. But who do you ask? We spoke to 1,997 people aged 25 and over from all around the UK, all of whom were in co-habiting relationships and had been on holiday with just their other half in the last 12 months.

Everyone we polled was the sole occupier of their home along with their partner, meaning there wasn't anyone else living at the property who would naturally have taken care of everything whilst the couple were away. 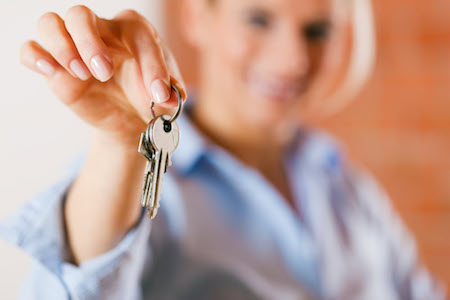 Neighbours Most Commonly Asked To House-Watch By Holidaymakers

When we asked everyone taking part, 'Who did you ask to house-sit or check in on your property whilst you were away on holiday?' the top five answers we were given were as follows:

We asked respondents why they chose the people that they did to house-sit whilst they were on holiday over the other options they might have had. The majority of those who selected neighbours (42%) told us that they trusted them more than relatives and friends to not snoop through their belongings, whilst only 30% said it was a matter of convenience (i.e. being easier than getting relatives or friends to go out of their way to go round). 11% said that they picked neighbours because they were 'close by to watch out for anything suspicious'. Very wise!

When we asked what task(s) they'd asked their house-sitters to look after when they were on holiday, if any, the top answers were as follows:

Participants who said that they didn't ask anybody to house-sit or check in on their home whilst they were on holiday was asked why. More than a third (33%) told us that they didn't feel they were going away for long enough to warrant asking anybody, whilst 26% 'didn't want to put anybody out'. 17% of the relevant respondents felt that they 'didn't really have anything at the home that needed looking after/checking in on'.

7% of those respondents who said that they did have someone checking in on their home or house sitting whilst they were on holiday admitted to putting measures in place to test whether the person/people looking after their home had been snooping (such as seeing if items had moved). Sneaky!

People often get nervous about leaving their property vacant when they go away on holiday, so it's reassuring to know that a friend, relative or neighbour is going to be checking in on things for you. Neighbours are the obvious choice, given that they don't really have to go out of their way to pop in and water the plants, but we were really surprised to see that many people choose neighbours because they trust them more not to snoop around!

Perhaps the in-laws would have a good old nosey through your belongings and younger friends or relatives might take the opportunity to use your property for entertaining without your permission. At the end of the day, if you don't trust someone fully to look after your house when you go away, don't ask them!
Trustpilot
ATOL Protected
£1 Hotel deposits
£30pp Holiday deposits