When Does Your Passport Expire? Check Today!

You'd have to have been hidden under a rock to not have seen the recent news about the passport application backlog which has affected the holiday plans of many Britons. Off the back of this, we wanted to find out how many people knew when their passport was due to expire and how many didn't. Let's face it, whilst most of us have a rough idea when we'll need to start thinking about renewing our passports, knowing the specific year can be difficult without checking.

We polled 1,822 adults from around the UK and asked them questions about their holiday plans and passports. Everyone that took part was in possession of a UK passport at the time of our survey. 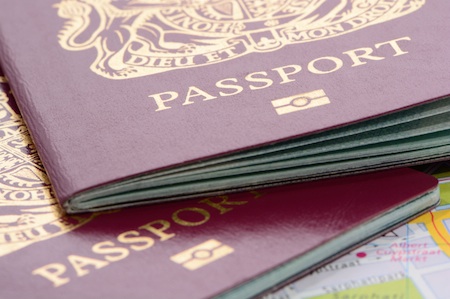 Over half of Britons have 'no idea' when their passport expires

We initially asked if the respondents would be able to accurately state when their passport was due to expire to the nearest year, to which over half (53%) said 'no, I'd have no idea'. 37% said that they had a 'rough idea' and only 10% said they 'definitely' knew.

When we asked if they had already booked a holiday abroad for 2014, that they were yet to go on, 57% of the people we spoke to said 'yes'. Of these people, 23% had also indicated that they were unsure when their passport was due to expire. Oh dear!

12% of Britons think their passport picture doesn't look like them

We wanted to find out if anyone had ever faced the problem of having to rush to get a new passport after realising their existing one's expiry date was due to conflict with a trip they had planned and, when we asked the question, 9% admitted that this had happened to them.

The poll also revealed that 12% of Britons don't think the picture on their passport looks like them, due to changes in their appearance since the photo was taken. Furthermore, almost a fifth (17%) of the people we spoke to admitted that they had previously forgotten their passport and hadn't realised until they arrived at the airport, port or train station.

Considering everything that's happening with the passport scandal lately and the backlog of applications and renewals, it's so important for holidaymakers to be aware of when their passport runs out. Turning up at the airport and realising you've forgotten your passport is one thing, because sometimes you'll have time to rush home and grab it, but if you turn up to discover your passport has expired then there's nothing you can do.

Make sure you're really organised when you first make your booking and ensure everything is in place for your holiday, or you will risk the disappointment of not being able to go! Last minute stress before heading away on a holiday you have been looking forward to is not the ideal start to your trip, so make sure all preparations are handled well in advance.
4.8 Rating 13316 Reviews
96%
reviews recommend Sunshine.co.uk
Customer satisfaction
ATOL Protected
£1 Hotel deposits
£30pp Holiday deposits