What Would You Do For a Free, Luxury, Round-The-World Trip?

Imagine a scenario in which you were being offered a luxury round-the-world trip completely free of charge; except, there's a catch. You have to give something up. Maybe your partner, your dream job... a kidney. Hang on, what? Yes, you heard us right. Don't worry, this is imaginary!

We polled 1,472 people aged 18 and over from around the UK (an equal number of men and women) and all respondents were in a long term relationship. On this occasion, we classed "long term" as three or more years. 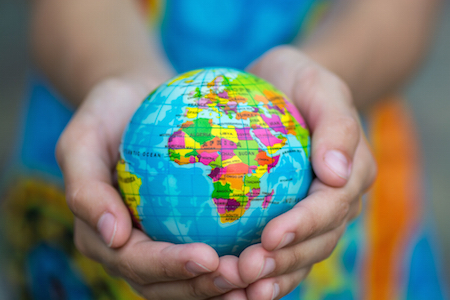 First of all, we asked respondents what they would be willing to give up in exchange for an all expenses paid, luxury round-the-world trip. The participants were told to imagine that the scenario was real and that whatever they said they would give up could not be gained back by them. This is permanent people! You know, in the imaginary sense anyway.

Our results revealed that more than a quarter, 26%, of the respondents said that they would be willing to walk out on their long term relationship with their current partner, for good, if it meant that they could have a free, luxury round-the-world trip. Trouble in paradise? Furthermore, half of respondents, 51%, admitted that they would walk out of their dream job if they had that kind of free travel opportunity.

Just fewer than one in ten of the respondents, 9%, told us that they would give up one of their kidneys if it meant they could travel around the world in luxury for free; whilst a further 16% said they would be willing to sacrifice internet access for the rest of their life for the privilege. That means that more people would walk out on their partner than would give up internet access forever for a free round-the-world trip!

55% of people said they would be willing to never watch television (including streaming services) ever again in their lifetime if it meant they'd be given the opportunity to see the world in this way. 23% even admitted that they would sleep rough on the streets for a week if they could go around the world for free in luxury and 5% of people said that they would sacrifice their closest friendship and never speak to that person ever again, in any form, for the opportunity. Ouch! Harsh.

Almost two fifths (38%) of people told us that they'd be willing to never have sex again if it meant they could take a free, luxury round-the-world trip.

It seems there isn't much some people wouldn't do to get their hands on a free, luxury trip around the globe. Sadly, we aren't going to be offering such an opportunity to anybody in exchange for some bizarre sacrifices; we really were just curious about how much people would want such a trip.

Let's be honest, it would be the trip of a lifetime; but we really can't believe that as many as a quarter would be willing to walk out on a long term relationship for it!
Trustpilot
ATOL Protected
£1 Hotel deposits
£30pp Holiday deposits