If you've ever been unfortunate enough to have something truly embarrassing happen to you whilst on holiday, you'll know only too well how it can leave you feeling red-faced for a long while afterwards.

Nobody wants an awkward mishap to sneak its way unexpectedly into their holiday memories, but sometimes these things just can't be helped. We wanted to find out just how many people had an embarrassing holiday story to tell and so we spoke to 2,643 people aged 18 and over from the UK to find out more about theirs. 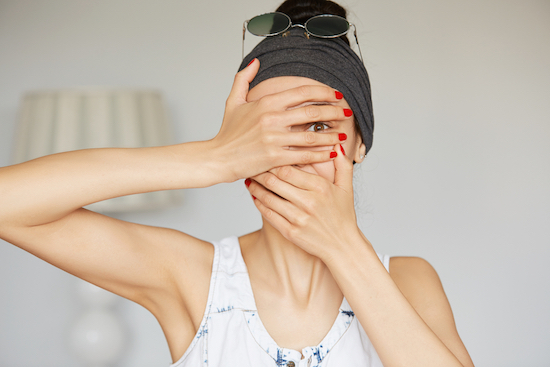 When we asked, 'Where did your most embarrassing moment in life take place?' 51% admitted that it was whilst they were on a holiday. 22% said 'at work' and 17% said 'at a bar/party'. Anyone whose most embarrassing moment had taken place on a holiday was asked where specifically they had been at the time, to which 'pool area' (43%) and 'beach' (21%) were the top two answers.

We then asked the relevant people what their embarrassing holiday moment had involved, to which 'accidental nudity' (34%) was the most common answer, followed by 'shameful drunken behaviour' (25%) and 'falling/clumsiness' (12%). Other holidaymakers confessed to us that it was 'language barriers' (4%) that had been the root of their embarrassing moment.

As we asked relevant respondents to give details of their embarrassing holiday moment (if they were happy to share), we were able to select the ten stories that we thought were the funniest and that's what we're able to share with you today. Enjoy!

1. A woman in her 40s from Cheshire was holidaying in Tenerife when the one too many cocktails she'd had by the poolside caused her to vomit into the swimming pool; meaning it had to be evacuated and cleaned.

2. A woman in her 30s from Worcestershire lost her entire string bikini during a ride down a water slide in Cyprus and had to emerge from the pool totally naked in front of hundreds of people.

3. A man in his 20s from Essex tried to impress a young woman by jumping off his balcony into the swimming pool below whilst on holiday in Majorca, but ended up breaking his leg. The young woman had no sympathy for his foolish actions and didn't speak to him again.

4. A man in his 30s from Devon was suffering from a virus on holiday in Turkey, but decided to try to relax in the hotel Jacuzzi, only to have an upset stomach-related "accident". There were other people in the Jacuzzi with him, but not for long.

5. A woman in her 50s from Yorkshire was on holiday in Mexico and accidentally stumbled into a stacked display of crystal wine classes in the restaurant, sending them crashing down and smashing on the floor around her.

6. A man in his 30s from Oxfordshire awoke whilst on holiday in Spain to find that he'd been sleep walking, entirely naked, and had managed to find his way down to the reception area of the hotel where various families were checking in. He had to be taken back up to his room and let back in by a member of staff, covering his modesty with a small towel they'd given him.

7. A woman in her 20s from Nottinghamshire was posing for a photograph next to the hotel pool in Portugal at night time when she lost her balance on her heels and fell backwards into the water, ruining her outfit, hair and make-up which she'd spent an hour working on. This was witnessed by everyone in the outdoor hotel restaurant.

8. A man in his 40s from Kent was holidaying in Jamaica with his wife and his mistress happened to be staying at the same resort. Neither women knew about the other one and a huge scene unfolded to the delight of many guests, but not the man.

9. A woman in her 20s from Cornwall was practising cartwheels on a beach in Thailand when she accidentally collided with an elderly man and knocked him unconscious with her foot. He was shaken, but OK.

10. A man in his 60s from Staffordshire was playing golf in Portugal when he accidentally let go of his club mid-swing and sent it soaring through the glass window of the nearby clubhouse.

Nobody wants to be left red in the face on holiday, but these things can happen and we just have to pick ourselves up and try to laugh off the embarrassment. Measures can be taken to try to limit the chances of awkward occurrences and that can be as simple as watching your step to making sure that you aren't left too intoxicated to function properly!
Trustpilot
ATOL Protected
£1 Hotel deposits
£30pp Holiday deposits