The Bizarre Lengths We'd Go to for a Cheaper Holiday

What would you be willing to do to for a free round-the-world trip or a heavily discounted holiday? Run through the streets naked? Not talk for an entire year? We found out what strange lengths people around the UK would go to.

We polled 2,176 people aged 18 and over from around the UK and asked them a series of questions and what they would be prepared to do for a cheaper holiday or a complimentary round-the-world trip (and no, we aren't just talking competition entries and bargain hunting). 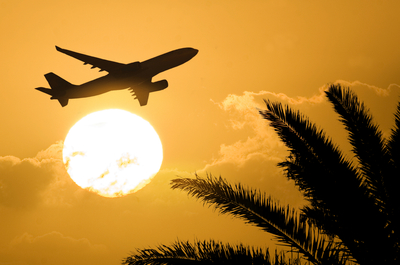 We first of all presented respondents with the fantasy scenario of being able to save a significant amount on their holiday (described as at least 50% off) if they adhered to certain, slightly unusual, requests. Hey, we're having some fun here OK?

Respondents were presented with a number of things they could do to save money, in this fictional scenario, and were asked which they'd be willing to do for the money off. The top five responses were:

When we raised the stakes and asked what they would be prepared to do for a free round-the-world trip, 27% of the people taking part said they would streak naked through a busy high street, 24% said they would give up one of their non-vital organs and 18% told us that they would quit their job. 12% said they would leave their partner. Whether or not those people were in happy relationships, we are yet to find out!

When we asked if they had ever been dishonest when on a holiday abroad in order to benefit in some way, 21% said that they had. We then asked these people what they had done, with 42% claiming they lied about a special occasion to get special treatment, such as a birthday or anniversary. 13% had lied about being on honeymoon to get preferential treatment or upgrades. Haven't we all? No? Just us then.
Trustpilot
ATOL Protected
£1 Hotel deposits
£30pp Holiday deposits