The Age For First Time Holidays Abroad Is Falling

Do you remember your first holiday abroad? Perhaps you were just a tiny tot and the memory is a fuzzy one, or perhaps you were old enough to be able to vividly remember those swimming pool cannon balls or those epic sandcastles.

For our latest piece of research, we wanted to delve into the subject of first time holidays, to find out how old today's children are when they first go abroad compared to their parent's generation. We polled 2,117 parents from around the UK, each with children aged 10 or under, and asked them about holidays their kids had been on and ones they had been taken on as youngsters. 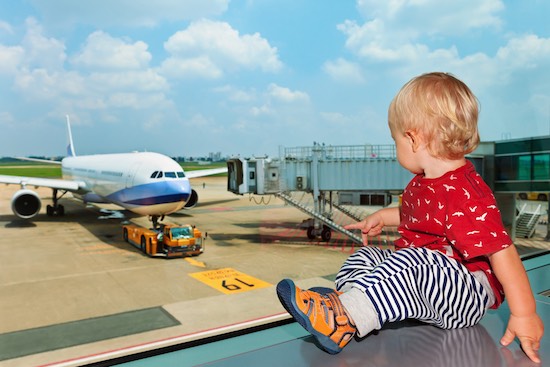 When we asked, 'How old were you when you went on holiday abroad for the first time?' the average answer stated by the parents taking part was '11' years old. Everyone was then asked how old their child had been when they'd been taken abroad for a holiday for the first time. Only 4% of the parents said their child hadn't been abroad yet, but the average age stated by those who had was '3' years old; a whole eight years younger than their parents' generation!

Parents were then asked whether their first holiday abroad had been to a short or long haul destination, to which 96% told us it had been 'short haul - within Europe'. When we asked about the location of their child's first holiday abroad, 37% said it was 'long haul', with destinations such as the USA (51%) and Caribbean (22%) most visited. How lucky are today's kids, hey?

Times are certainly changing. Holidays are now more accessible to the masses than ever, thanks to brilliant offers and family friendly resorts, so to see that the average age has fallen by eight years over the course of a generation is understandable. We also think there's less stigma attached with taking a very young child on holiday now, which is great.

Taking little ones on holiday before they start school is a good chance to spend some quality time together as a family, without being restricted by the term dates!
Trustpilot
ATOL Protected
£1 Hotel deposits
£30pp Holiday deposits