Term-Time Holidays With Kids: To Go or Not To Go?

Parents all around the UK with school-aged children will probably have faced the dilemma at some point of whether or not to take their kids out of class for a week or two for a holiday. Parents risk fines by going on a term-time holiday with their youngsters, but plenty of people do it anyway.

We polled 1,996 parents from around the UK who had school-aged children and asked them about their holiday plans over the coming year to try and determine how many of them would be bending the rules and going on a holiday with their kids outside of the allocated holiday time during the school year. 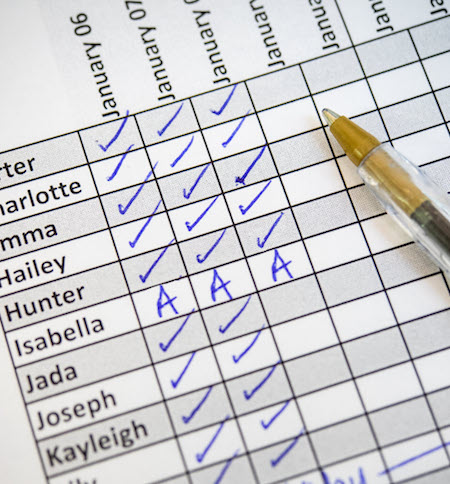 Initially, we asked everyone taking part the question 'Did you take your child out of school during term time for a holiday in the last academic year?' to which 24% said 'yes'. When all respondents were asked if they planned to take their children out of school over the next 12 months for a holiday, almost half (49%) admitted to us that they did. This suggests to us that the number of parents taking their kids on term-time holidays will more than double (an increase of 104%).

82% of the parents who did plan to take their children out of school over the next year told us that they'd be willing to pay a fine to do so. When asked how much they would be prepared to pay, the average answer once all responses were taken into account was '&pound210.00'. That's a fair old hit to the old bank balance if you ask us!

All relevant respondents were asked why they would take their children out of school for a holiday during term time, instead of waiting until the designated holiday weeks, and told they could select more than one answer. The most common answers we were given were as follows:

To coincide with a special occasion (e.g. their birthday) - 42%

To coincide with the best weather in chosen destination - 23%

To fit with when other family members can go - 16%

To fit with my work commitments/annual leave - 9%

The majority of those who said that they did plan to take their children out of school over the next school year (66%) felt that time out of school during term-time would have 'no effect whatsoever' on their child's education in the long-run.

Parents can sometimes act too quickly in terms of taking their kids out of school during term time for a holiday, because there are really good deals to be had during school holidays too. Sometimes, by the time you pay a fine, it could have worked out cheaper to go away in the actual holiday time that is provided.

Don't act too impulsively and make sure you shop around for deals. You might be pleasantly surprised and your child might not have to miss any school at all!
4.8 Rating 13316 Reviews
97%
reviews recommend Sunshine.co.uk
Customer satisfaction
ATOL Protected
£1 Hotel deposits
£20pp Holiday deposits