Our Latest Research Reveals Rise of the ‘Friendlymoon’

When most people think about a honeymoon, they imagine the happy newlyweds strolling along on a deserted beach together with only each other for company. However, our latest research suggests that the honeymoon concept we're so used to could be changing.

We polled 2,768 people aged 18 and over from the UK who had become married in the last 12 months and been on a honeymoon, to find out more about the trips; including the destinations, who picks the place and who goes along. 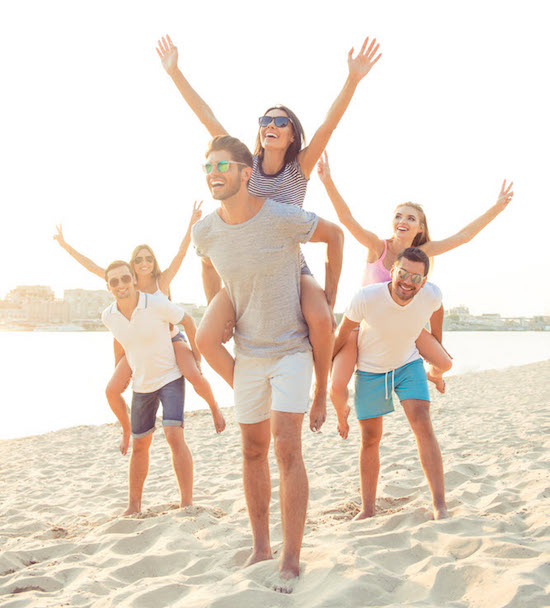 1 in 5 Newlyweds No Longer Honeymoon by Themselves

When we asked, 'Did you spend your honeymoon with just your partner, or did other people go with you?' 22% of the respondents told us that they didn't go alone. We then asked these people who had gone with them, to which the top answer was 'friends' (52%), followed by 'siblings or brother/sister in-laws' (31%) and 'parents or mother/father in-laws' (12%).

15% of those couples who didn't honeymoon by themselves told us that their wedding + honeymoon had taken place in the same overseas destination, which seems to explain why they weren't alone during the honeymoon period, as friends/family had stayed out there with them.

The majority, 62%, of newlyweds who honeymooned with other people in tow said that it was either theirs or their partner's decision to invite others along; however, 44% of these said it had caused some conflict in their relationship. That's not what you want so early in a marriage! The remaining 38% of newlyweds who honeymooned with other people said that it was the other people who had asked to come along; and 77% of these didn't want the company, but felt they had to say 'yes'. Ouch.

When looking at the most popular destinations for these 'friendlymoons' (i.e. the places where newlyweds don't honeymoon by themselves), the most common locations named were as follows:

Most Honeymoon Destinations Picked by Grooms, Not Brides

When we asked how long their honeymoon had been, the average length of time stated by those who only went away with their partner was 14 nights, whereas this amount of time was halved for those honeymooning with friends or family members in tow (7 nights, on average). Respondents were asked who picked the honeymoon destination, to which the majority (55%) said the groom did.

Anyone who had other people present on their honeymoon trip and had been the one to decide to invite others along, was asked why they did so. The majority, 53%, said that they felt it would be 'too boring' with just the two of them on honeymoon.

Honeymoons are a special time and couples often need the rest and relaxation after months of stressful wedding planning. We can understand why when couples get married abroad, some of their friends and family stay after the wedding to celebrate more with them; but, even then, the couple should be given a lot of time alone to enjoy each other's company.

As for those wanting others to tag along on the honeymoon because they think the honeymoon might be too boring with just their other half, maybe they need to re-consider if that relationship is right for them! If you can't spend a week or two with just your partner for company, something isn't quite right..!
Trustpilot
ATOL Protected
£1 Hotel deposits
£30pp Holiday deposits