Men Vs Women. Who Has The Final Say On The Destination?

Picking where to go on holiday can be a tough decision. There's a whole world out there after all! We started to wonder, when it comes to relationships, who has the final say about where the holiday will be spent. What if one person fancies a tranquil beach break, but their other half wants the hustle and bustle of big city excitement?

We polled 1,984 people aged 18 and over from around the UK, each of whom was in a relationship and had been on a holiday abroad in the past 12 months with their partner. 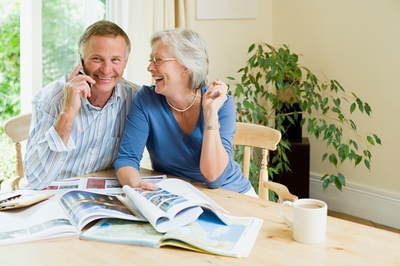 Most men think they choose the holiday destination...

When we asked 'Who had the final say or decided on the holiday destination for the last holiday that both you and your partner were present on?' the majority of the men taking part, 62%, told us that they'd been the one to have the final say. However, 74% of the women taking part said that they had picked the holiday destination; with more than half of these (52%) admitting they'd made their partner think it was their decision.

...but women claim they pick the place and simply make their partner believe it was their choice!

When we asked the women who'd influenced their partner's destination decisions how they'd done this, 35% said they'd used reverse psychology (telling their partner they didn't want to go somewhere when they actually did). 14% said they dropped hints and made suggestions to their partner.

Furthermore, 37% of the total respondents told us that they had previously argued with their partner when deciding on a holiday destination. When asked why they thought this was the case, 54% of these people said that they had 'different preferences/tastes' in holiday destinations and 31% blamed the arguments on one or both of them being 'too indecisive'.

It takes 5 weeks, on average, to decide on a holiday destination

When we asked how long it usually took them to come to a decision about where to go on holiday, if they had previously been a decision-maker, the average answer given by the respondents was '5 weeks'.

Furthermore, 43% of the respondents said that they had previously had a change of heart about a holiday destination once the booking was made; but only 3% of these people had then changed their booking, whilst the rest went ahead with their original choice despite their change of heart.

Of course, you could keep going back to the same resort year after year, but where's the fun in that? If you're venturing abroad with a partner, sit down together and come to a joint decision. Pick a place that you'll both love, because otherwise one of you is bound to have a miserable time!
Trustpilot
ATOL Protected
£1 Hotel deposits
£30pp Holiday deposits