Ladies, Do You Go Makeup Free On Holiday?

Wearing make-up on holiday can be tough, especially when the heat from the summer sun tends to cause it to run, smudge and mysteriously evaporate from your face!

Some women seem to prefer to leave their beauty regime back home in the UK when travelling abroad for a holiday. We polled 1,966 women aged 18 and over from around the UK and asked them all about their hair and make-up habits when on holiday overseas. Everyone we spoke to had been on holiday abroad in the last 12 months.

Half of women embrace natural beauty on holiday

When we asked the ladies taking part about their makeup and hair styling rituals when back home in the UK, 91% of those taking part said that they wore makeup daily, whilst 82% claimed to style their hair each day. We wanted to see how this compared to their holiday hair and make-up habits, so we asked about their beauty routines when abroad. 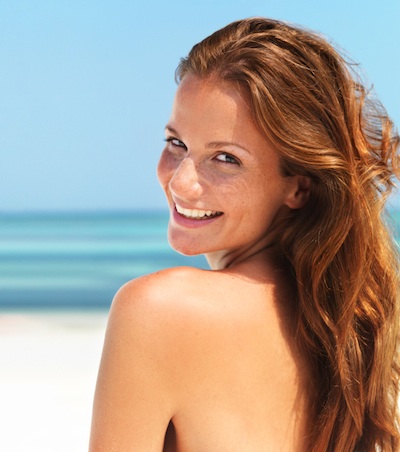 62% of the women taking part told us that they were more likely to 'let go' on holiday than when at home in the UK, in the sense that they didn't try as hard to look good. When asked why this was the case, 74% said it was because they weren't likely to bump into anyone they knew, so they didn't need to try as hard.

As most time on a holiday overseas is spent around or in the pool or sea, it seems a waste to put makeup on; particularly as it's so hot and it might not last. It's refreshing that so many women just leave their make-up at home.

Some cosmetics can make skin more sensitive to the sun's rays, so women should be careful if they are wearing makeup in the day in case they end up sunburnt!
Trustpilot
ATOL Protected
£1 Hotel deposits
£30pp Holiday deposits