Honeymoons on Hold - How Long Do Newlyweds Wait to Go Away?

Sometimes, the honeymoon can be just as exciting as the wedding and it's often hard to distinguish which you're looking forward to the most. I mean, sure, there's the ceremony and the cake and the dancing... but the cocktails and pool! Oh, dilemmas.

However, it seems that not all couples rush to jump onto the next plane after saying 'I do'. We polled 1,977 British men and women, aged 21 and over, all of whom got married in 2014 and asked them questions about their honeymoon, or lack thereof, and how they financed the trip if they had one. Everyone taking part was asked to be as honest and accurate as possible in their answers. 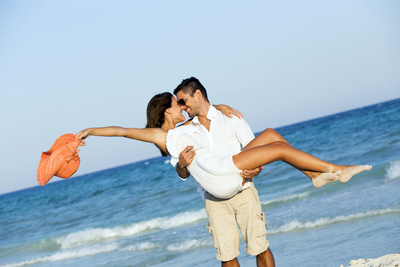 88% of Married Couples Have a Honeymoon

Initially, everyone participating in the poll was asked, 'Did you have a honeymoon?' to which 88% of those taking part said 'yes'. 11% said 'no' and the remaining 1% said 'not yet, but plan to'; despite it having been some time since their wedding. Of those who told us that they didn't have a honeymoon at all, the top reason for this was 'because we have children we couldn't/didn't want to leave' (42%) and 'couldn't afford it' (32%).

We asked those who did have a honeymoon if they left straight away (i.e. within a month of their wedding) or if they delayed the trip (i.e. a month or more after the wedding). According to our findings, 76% of honeymooning couples delay their break until a little while after their big day. When anyone who had delayed their honeymoon was asked how long the gap was between their wedding day and their trip, the average length of time was revealed to be 'four months'.

Anyone who had delayed their honeymoon was asked why this was the case, which revealed the top five answers amongst relevant respondents:

2. To postpone the wedding blues from setting in/something to look forward to - 23%

3. Was simply too busy with wedding plans to think about honeymoon - 19%

4. Couldn't take too much time off in one go at work for wedding AND honeymoon - 12%

5. Wanted to wait for weather to be better in chosen destination - 4%

We think delaying a honeymoon is a fantastic idea. Weddings are hectic and it sometimes pays to wait a while and not jump straight from the chaos of the big day and everything that's involved right into post-wedding bliss. It's not always that simple and if you go away immediately after your big day then you may be too exhausted to fully enjoy your trip.

A big bonus of postponing a honeymoon is that it gives you a little while to settle any wedding debt and save for your trip, so that you can have an even better and more indulgent break. What's more, you may receive more financial wedding gifts than you expected and these can be used to plan your budget for your honeymoon. More and more couples are delaying their honeymoons and we think it's certainly worth thinking about. Weddings are expensive and you don't want to look back on your honeymoon and regret that you had to go straight away and have a lower budget trip than you wanted.
4.8 Rating 13316 Reviews
97%
reviews recommend Sunshine.co.uk
Customer satisfaction
ATOL Protected
£1 Hotel deposits
£20pp Holiday deposits